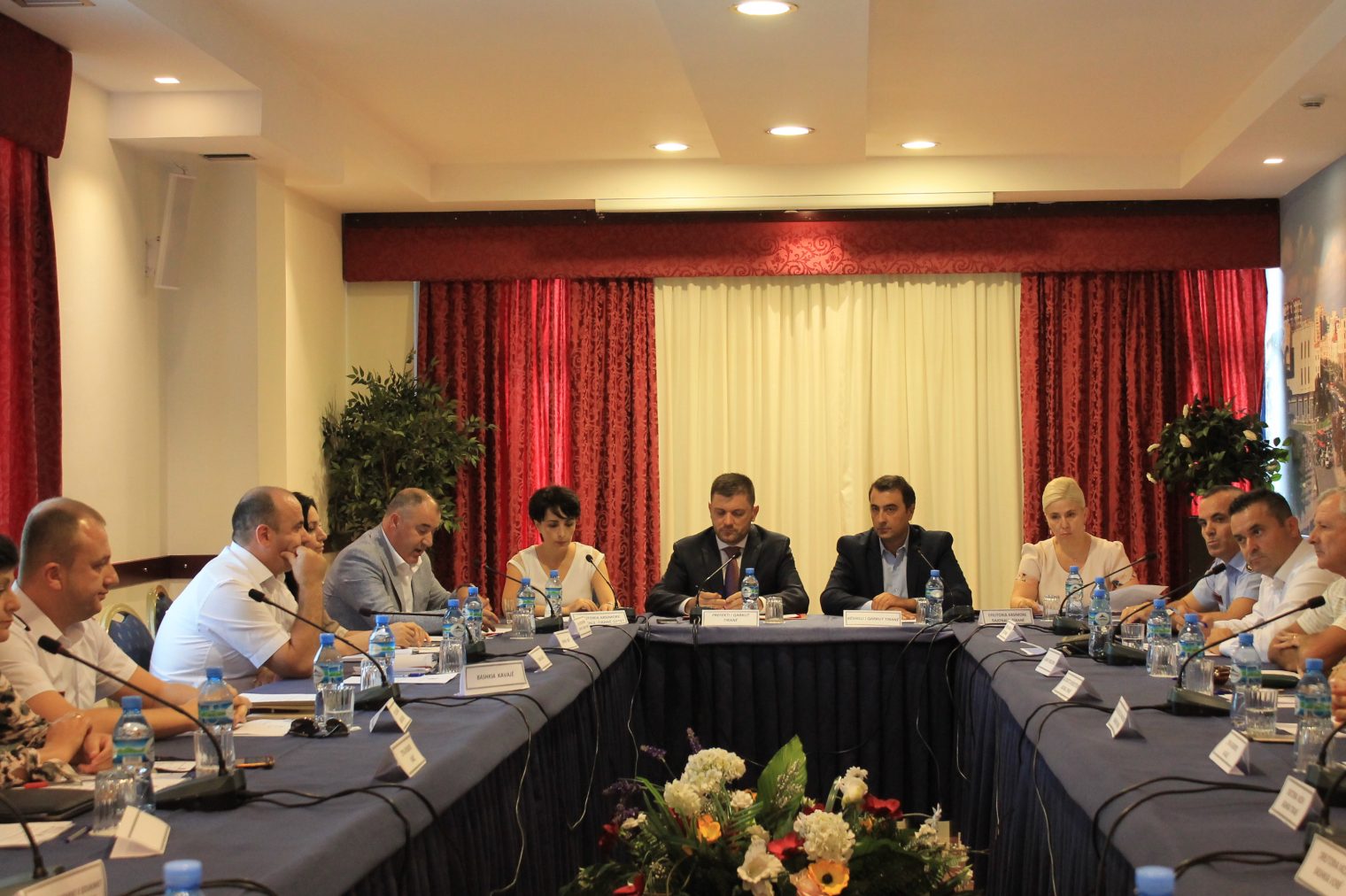 On Friday, three days before the beginning of the new school year, the Prefect of Tirana, Admir Abrija, convened heads of local government institutions and educational directorates on the measures to be taken for a smooth running of the process.
“Today we can say that all municipalities of Tirana Region have opened new educational institutions or have significantly improved their curricula and logistics conditions,” said Abrija.
Representatives of Tirana Municipality, Deputy Mayor Andi Seferi and Head of Tirana Regional Council Aldrin Dalipi, said that by the end of the mandate, 16 new schools will be built and these investments will bring to an end two the two-shift lesson phenomenon.

Mr. Dalipi emphasized that “this year’s attention to investing in school facilities has been incomparably high to previous years”.

He thanked Tirana’s Mayor, Erion Veliaj, for the work done in two years at the head of the Municipality regarding the improvement of the infrastructure of educational institutions.

The two-shift learning phenomenon has been significantly reduced this year; from 25 high schools in Tirana, only two will continue to have two-shift lessons. Unlike the city of Tirana, the situation has yet to be improved in other municipalities of Tirana Region.

Representatives of Kavaja and Kamza’s Municipalities stated that although many investments have been made, some schools need substantial interventions to create optimal conditions for the development of the learning process.

To this related the head of Tirana Region, Aldrin Dalipi, emphasized that the local government should do more regarding the control of illegal and unplanned buildings and maintenance of school or kindergarten facilities. “The staff of municipalities should be careful. It is unjustifiable that schools’ or kindergartens’ yards aren’t maintained. None should intervene to a ready-made project with illegal construction inside schools’ or kindergartens’ walls,” said Aldrin Dalipi.