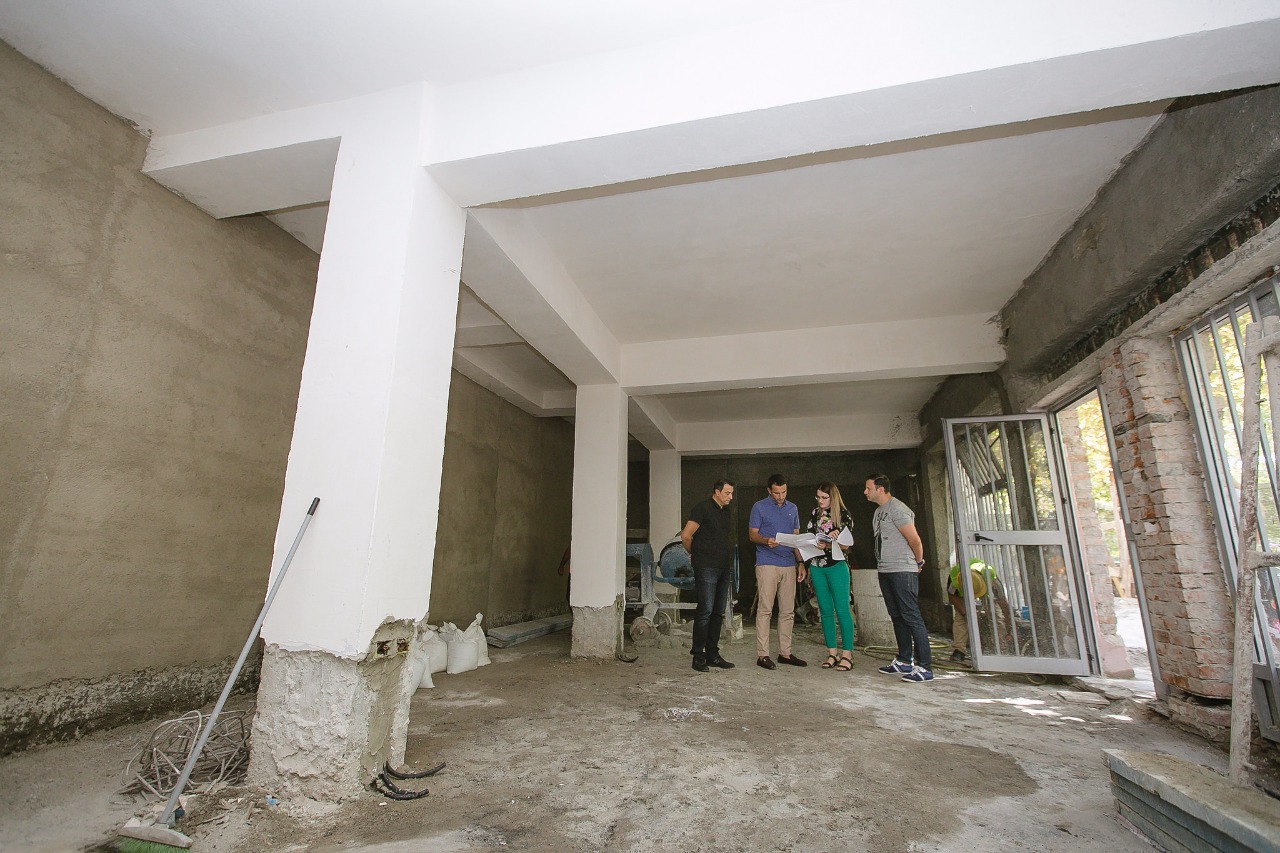 The project for the revitalization of the public libraries in any administrative unit of Tirana Municipality is continuing with the interventions on the library of administrative unit Nr. 7, a building that is about to be shaped in a special space for the youth and the community of the area.
Parallel to investments in heavy infrastructure in roads, construction of playgrounds for children and recreational parks, Tirana Municipality has a special attention on the revitalization of supporting infrastructure serving to knowledge and culture development.
Erion Veliaj, Mayor of Tirana, altogether with the Head of Tirana Regional Council, Aldrin Dalipi, during the inspection of the ongoing works on the library of the administrative unit Nr. 7, emphasized that such investments are a warranty for the future development of the city.
Head of Tirana Municipal Council, Aldrin Dalipi, expressed his appreciation to the Municipality for the revitalization of public libraries in the capital and stated that Municipal Councilors will donate books to enrich the funds of these libraries.
Mayor Veliaj said that this year the Municipality will reconstruct other two libraries in the units, whereas till at the end of his mandate there will be reconstructed all the public libraries in the municipality of Tirana, making of them not only reading corners but community centers as well, serving the inhabitants of the area for different activities.