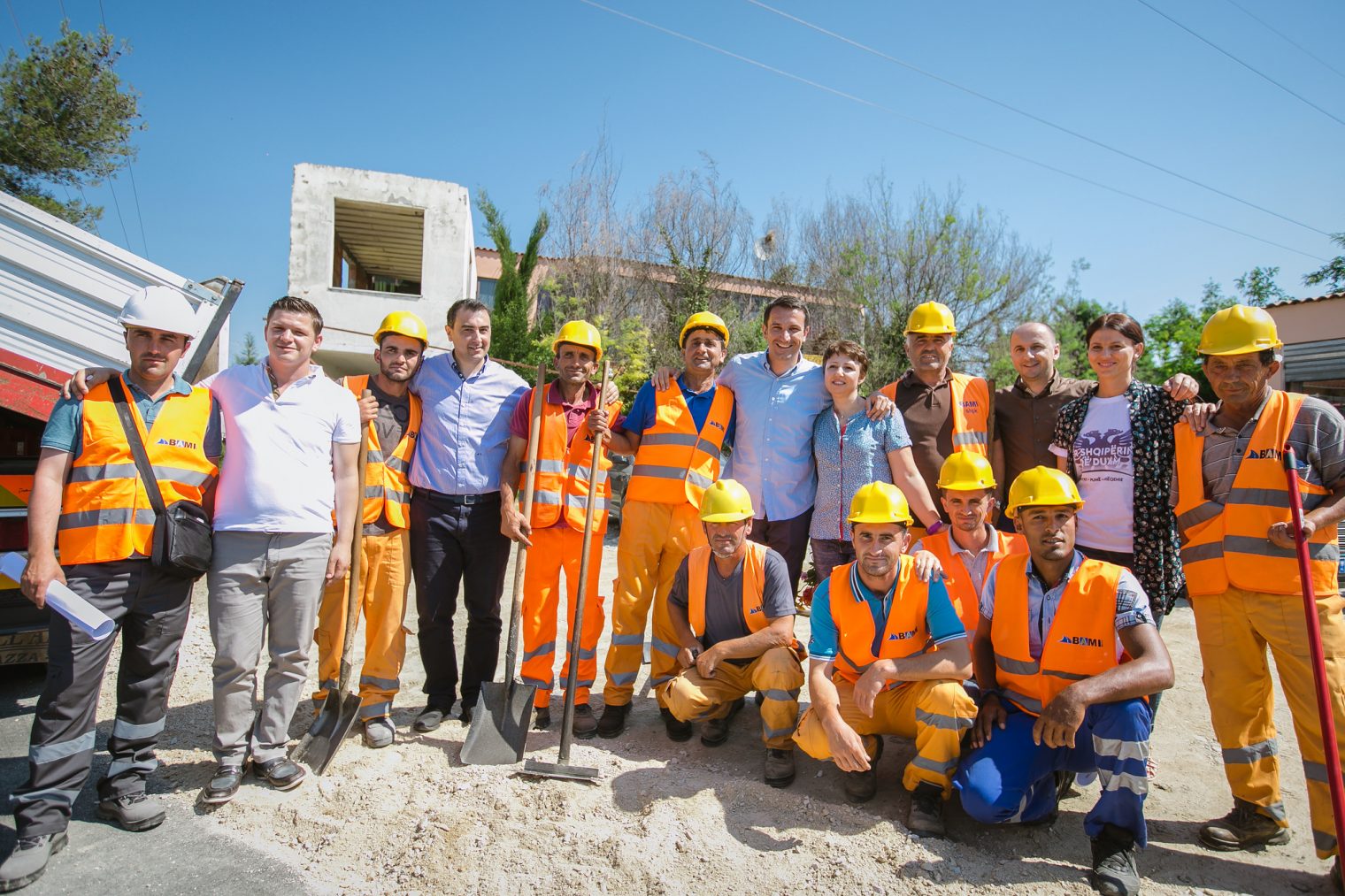 President of Tirana Regional Council and Chairman of the Municipal Council, Mr. Aldrin Dalipi together with the Mayor of Tirana, Mr. Erion Veliaj inspected the works for the construction of three new roads in Peza’s Administrative Unit in Tirana Region, an investment that will facilitate the communication and exchange of goods of the inhabitants of this area with markets in the capital. Mr. Dalipi appreciated the vision of Mayor Veliaj that in the second half of the mandate, the investments will focus also on the suburban areas that are already part of the big municipality. “After the opening of the New Boulevard, an example is being given; there are also some small boulevards in the peripheral areas of Tirana, the former communes, in which no investment has been made before now. Already, we are investing in Peza’s neighborhoods, we have opened the door to the half of the mandate with the Mayor’s vision, that the local government will focus on the peripheral areas of Tirana Municipality so that they too will feel part of the major changes that take place in the center, like the Skanderbeg Square or the New Bazaar, which are now an attraction not only for local tourists but also for international tourists”, emphasized Mr. Dalipi. In his speech, Mr. Veliaj emphasized that Tirana Municipality, in cooperation with Tirana Regional Council, will ensure that the investments will be extended to all administrative units. “It’s a very good thing to have the “Skanderbeg Square”, the New Bazaar, the Olympic Park, the new Boulevard, but not all the people live nearby the square or in the Bazaar. People live at their homes, in their neighborhood, in the village, so we have made a fantastic collaboration with Aldrin: I (the municipality) took over all the villages on the left of the road and he took over all those on the right side to make sure that, just as Edi Rama does, not divide people to leftist and to rightist, but works with a focus to serve everyone; so Aldrin and I have became partners, to make sure that both on the left and on right side of the road, or as on the left and right side of the politics, to serve people the same,” he said. Mayor Veliaj assured the continuation of investments even during the summer season. “As we’ve promised, electoral campaign or not, summer vacations or not, the works are going to run and finish. We will continue all the time with the investments, not only in the Peza’s area, but also in the Ndroq area, in the area of Berzhita, where we are currently working, also in Krraba, Mushqeta, Zall Bastar, Zall Dajt”, he said. Mr.Veliaj stated that only for the Administrative Unit of Peza there are planned 6 projects, which will be implemented very soon. He said that thanks to the support of Prime Minister Mr. Edi Rama, the investments will be even bigger. “I believe that Peza is one of the former communes that benefited most by the union with Tirana because the investment power of Tirana Municipality and Tirana Region is much larger than that of a small commune, less populated, with low-incomes, which is translated into less taxes and investments. I want to thank the wonderful MP Erjeta Alhysa, who is a fantastic advocate to the highest interest of the inhabitants of this area. If we united, are making these investments, imagine what we can do together with Arjeta, Irma, Edi Rama, with the SP; where the power is even bigger, the investments are even bigger! ” he said.