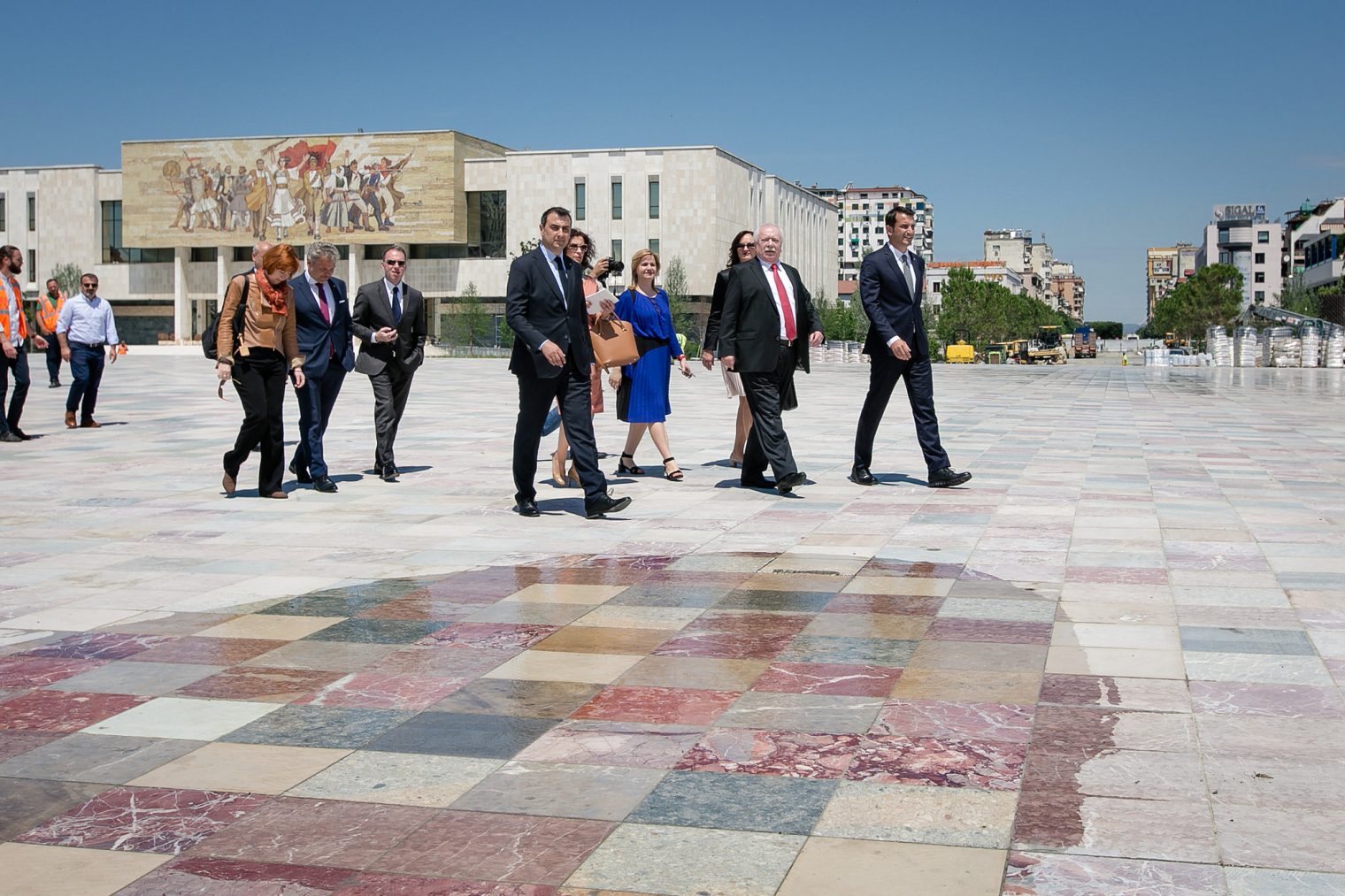 During the meeting, there was praised the governance model of local government of the city of Vienna, and it was emphasized that it serves as a reference point for cities’ management.

Mayor Mr.Michael Häupl was honored by the Municipality of Tirana with the “Key of Tirana”.

Mayor Veliaj said that Tirana and Vienna Municipalities are in the phase of conception of several common projects on the frame of European funds.

Mayor of Vienna, Mr. Häupl, considered the transformation that Albania and Tirana have undergone very touchable, while guaranteed on increased cooperation between the two cities.

Vienna Municipality will donate to the Albanian capital some of Vienna’s characteristic benches of its historical neighborhood, benches that will be located on “Skanderbeg” square.

Mayor Veliaj announced during this meeting that Tirana Municipality in cooperation with the “Vienna City Marathon” has started preparations for the Tirana Marathon that will take place on 15th October.

Following, the Mayor of Tirana and the Chairman of the Municipal Council accompanied the Mayor Mr. Michael Häupl on a visit to the construction site for the transformation of “Skanderbeg” square, and later on, one of the streets of the capital city was named “Vienna”, as a sign of friendship between our two countries.