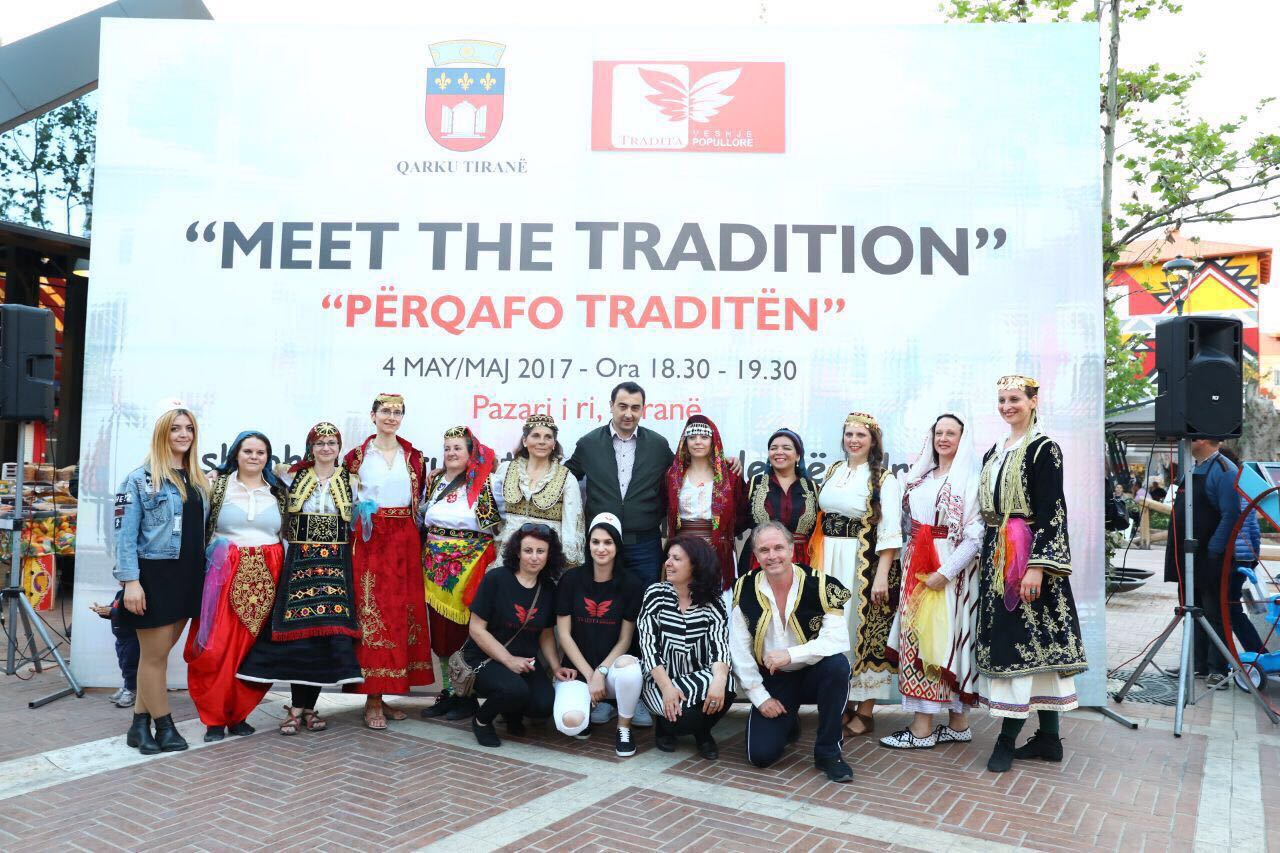 If you think they are dancers, you’re wrong! If you think they are Albanian natives, neither …! Behind them are traditions and culture of another nations!
In the afternoon of May 4th 2017, the New Bazaar turned into a truly spectacle arena. Seeing a French lady dancing “pogonishte” or a Spanish one dancing “Tropoja’s dance” is really impressive. Nathalie Cauqil, Marie Pascale and Marie Formaux from France, Julieta Souza and Juliana Lorenzoni from Brazil, Simona Jovic from Serbia, Anne Myntti from Finland, Olalla Moya, Marta Cuevas from Spain and Heather Serginia from USA, came for several hours in Tirana to learn our traditional dances in order to embrace the beautiful Albanian culture and tradition.
President of Tirana Regional Council also Chairman of Municipal Council appreciated this initiative, which is an novelty to our country, but a tradition in many European cities.
“Together with the team of Tirana Regional Council, we brought them to Tirana’s newest epicenter, in the” New Bazaar square”, transforming the 4th of May afternoon into a unique experience for distributing the traditional and cultural values of the Region of Tirana, beyond the borders.
It is unbelievable that during this event, for about 3 hours young people and different citizens became part of it, joining in a fantastic atmosphere, accompanied from ballet soloists Genci and Helga, ballet dancers of the Ballet School of Tirana and other folk instrumentalists.
For Edlira, the master of folk costumes of the dancers, we have a special thank for the valuable exhibit that she presented at the event, ” emphasized Mr. Dalipi.
He added that these events serve to the promotion of the values of the municipality and the Region of Tirana, to which the institution of the Regional Council is very focused.
President of Tirana Regional Council Mr. Aldrin Dalipi, together with the deputy mayor of Tirana, welcomed the foreign tourists, praising Tirana that today offers wonderful opportunities as never been before for such events; the New Bazaar and in the shortcoming days the Skanderbeg Square, will be fantastic attractions for the Tirana that has already crossed the borders, flying high.