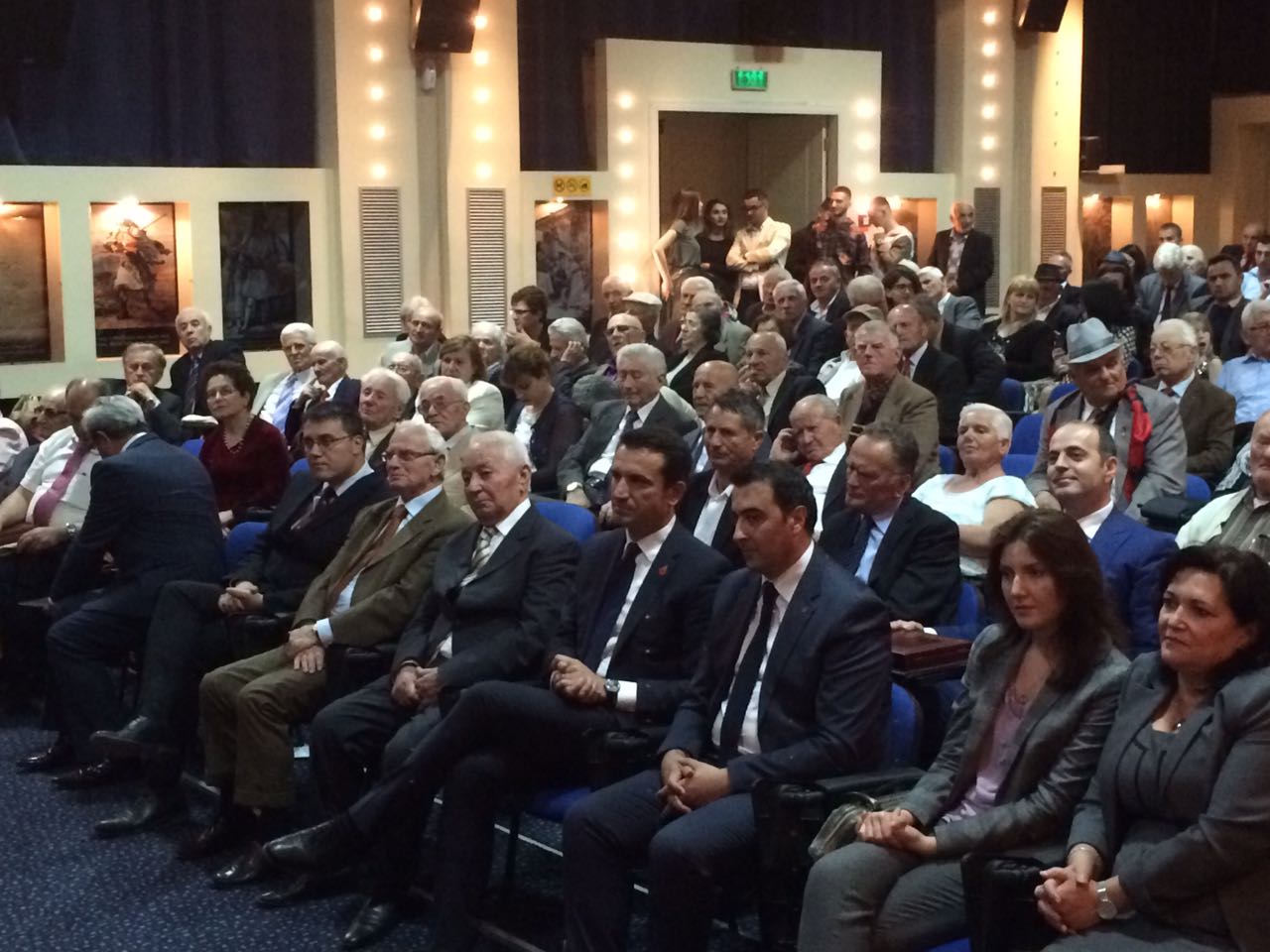 Like every other year, Tirana and all Albania remembered the 5th of May, the day of the sacrifice of its boys and girls, who gave their lives for the nation in martyrdom.
At the premises of the National Historical Museum, Tirana Regional Council, in cooperation with “The Association of the Anti-Fascist National War and other National Martyrs” hosted the Symposium “Memorial Meeting” to appraise the sacrifices of the martyrs of the nation.
President of Tirana Regional Council also Chairman of the Municipal Council, Mr. Aldrin Dalipi said that days like the 5th of May are a moment of remembrance and respect for the honored war martyrs, whom believed until the end in the values of freedom and liberation, for a better future for Albania and the Albanians.
“Our generation grew up with respect for the day of May 5th and the name of Qemal Stafa;- we learned how many young people unequivocally chose the path of sublime sacrifice, dreaming of a better future, but today more than ever we need to revive the message that they left behind, which they signed by giving their life: that it is worth fighting and believing in being on the right side of history, to believe in change, and to the best values of freedom, because it is the fairest thing for today and tomorrow, for the Albania we want “, said Mr. Dalipi.
He further thanked the Mayor of Tirana, Mr. Erion Veliaj for his continued care and support, in respecting war veterans, families of and descendants of war martyrs’, and his special attention to such days of historical memory, as well as work of the Municipality of Tirana for the adjustment of memorial places of the war martyrs.
On his speech, Mayor of Tirana, Mr. Veliaj, praised the sacrifices of the martyrs of the nation who gave their lives for the freedom and the development of the country.
“I feel good about the fact that the healthy part of our society takes its time to engage in such historical events nowadays, because I believe that a society that could not reflect on what has passed, is very difficult to dream great things about what’s coming. We can’t be a house without an inventory, nor a city that does not cares about the graves of its martyrs, monuments, and for the places where there have happened inherent events. A house without an inventory, which does not remember from where it cames from, certainly can’t find where it will go, ” said Mr. Veliaj.
Mayor Veliaj spoke about the challenges of the young generation, appealing for more cooperation and idealism. “I believe that the generation of young people today in Albania has a challenge, the challenge of idealism; when I see the useless staff they deal with, how much they talk and how little they do, how much they hate and how little they love, how much they curse and how little they collaborate, the challenge of idealism and I believe this is probably the biggest appeal of my generation and those 22-year-olds who are still looking for that minimum dose of idealism, like the idealism of Qemal Stafa or the whole generation of those who fought, ” said Mr. Veliaj.
During the activity, Tirana Regional Council praised with the Honoring Titles, families of martyrs of the nation, such as the nephew of Qemal Stafa and other families and descendants of the martyrs of the nation.