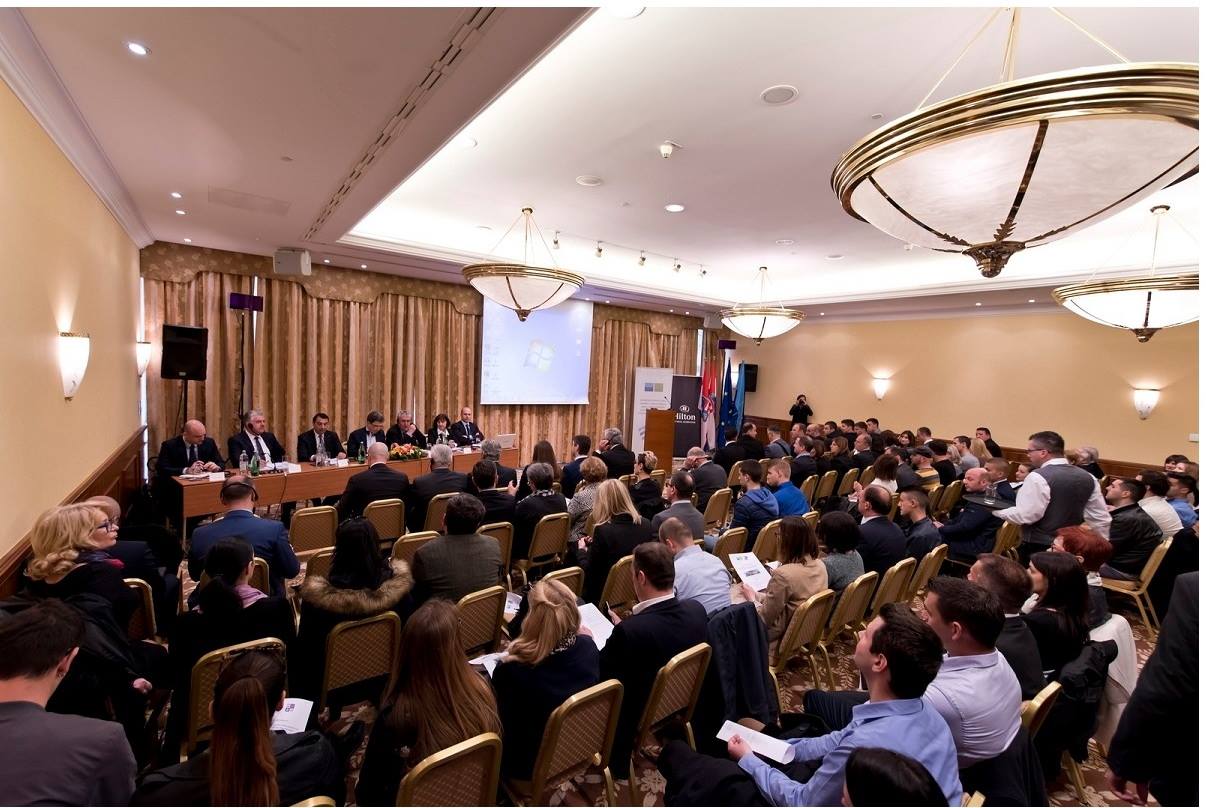 On 27th March 2017 in Dubrovnik, Croatia was held International Conference on “The role of regions in proposing priority projects for EU strategy for Adriatic Ionian region (EUSAIR)”.

The conference was welcomed by Mr. Nikola Dobroslavić, President of the Adriatic Ionian Euroregion.

Mr. Dobroslavić emphasized the importance of strategic projects, necessary to connect Adriatic Ionian regions, projects like the Blue Highway, cooperation with universities and chambers of commerce in the region etc.

In his speech, President of Tirana Regional Council also vice President of Adriatic Ionian Euroregion, Mr. Aldrin Dalipi asked for intensified efforts in bringing more present the role of the regions and cooperation in the fields of strategies for tourism, for a cleaner Adriatic area and to increase connections by sea and air, among countries, bringing the communities closer.

Meanwhile bringing the example of changes in Tirana Municipality, Mr. Dalipi emphasized that: “Tirana is an example of change, even for the Adriatic Ionian Euroregion”, while praised the contribution, the courage and energy, the European passion for change of Mayor of Tirana Mr. Erion Veliaj.