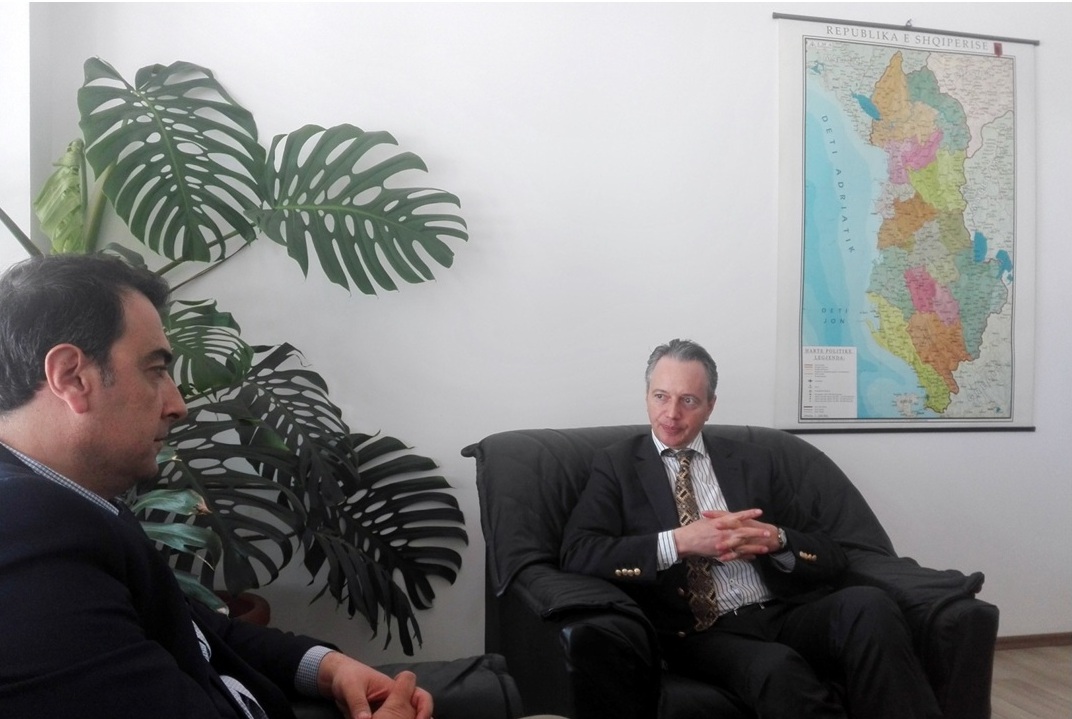 Chairman of the Association of Albanian Regional Councils Mr. Aldrin Dalipi held a meeting with Mr. Claus Neukirch, Head of Council of Europe Office in Tirana since January 2017. Mr. Neukirch welcomed Mr. Dalipi and estimated the bridges of cooperation and contribution of AARC to the consultation processes during the establishment of the Central and Local-Self Government Consultative Council, its constitution and other activities within the local government reform in Albania.

Making a reflection of the work of AARC and its 12 member regions in the aftermath of the territorial administrative reform, he emphasized the importance of the role of local and regional councils in the safeguarding of local democracy and the highest interest of the citizens.

“As bodies that exist due to the popular vote, these councils are the closest contacts of local government with the citizens and serve to their highest interest. Regions’ involvement, as constitutional bodies of local government, in all efforts and discussions on regional development and the new challenges of local government in Albania, will provide not only representation, but also the transfer of knowledge and experience in the area “, said Mr. Dalipi.

Evaluating the establishment and functioning of Central and Local-Self Government Consultative Council, Mr. Dalipi praised the role of the Council of Europe to ensure the inclusion of regional actors in this consultative body; the discussion of the draft-law on local finances, the first document discussed in the Council paved the way to the already constituted dialogue between the two levels of government in Albania.

During the conversation, Mr. Dalipi and Mr. Neukrich talked about the positive and the dynamic changes of Tirana and the importance of replicating urbanized model works from the center to the periphery of municipalities across the country.