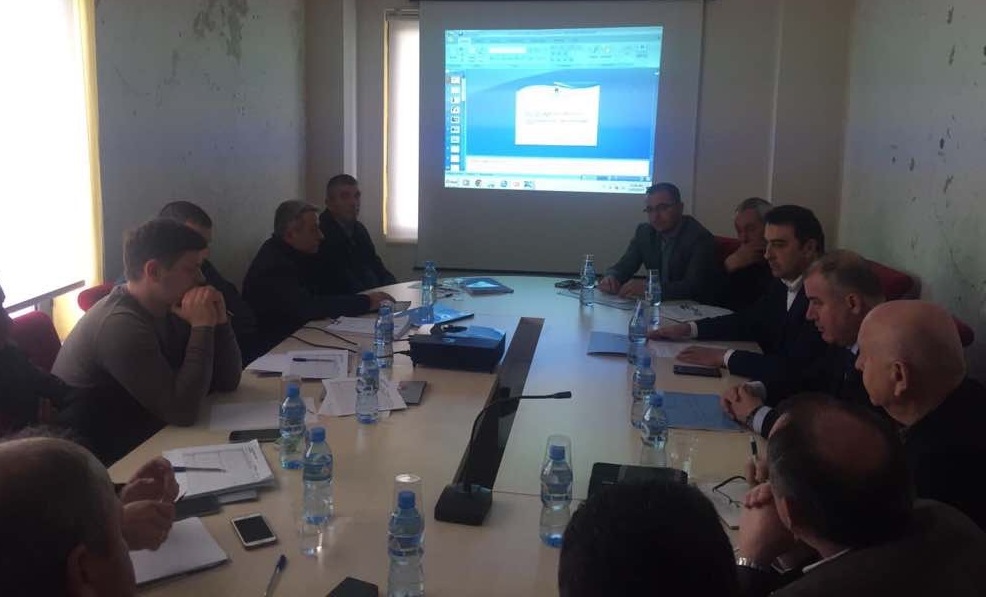 On the premises of Tirana Regional Council, on 17th February 2017 was held the meeting for identification of agricultural land fund and analysis of other categories of resources for 2016.

Under the direction of the President of Tirana Regional Council, Mr. Aldrin Dalipi, Deputy Mayor of Tirana Municipality, Mr. Andi Seferi and with the participation of the administrators of administrative units of Tirana, were discussed problems encountered in the identification of agricultural land and projects to improve the situation.

The participants emphasized that the identification and updated of data on agricultural land and other categories of resources, is a necessity that must be taken very seriously by each administrative unit, and further more the information on it, as a legal obligation, should be detailed at parcel level.

During the meeting was discussed the establishment of an information system on land registration and its gradual integration into the existing GIS system for all resources that the region administers. President of Tirana Regional Council, Mr.Dalipi said that a modern cadastre today administrates detailed information on the level of individual land’s parcel, while the systems of registration and cadastral systems can be integrated at one as despite that concepts of land ownership, value and use, are different, in practice they are interdependent.

There were proposed several solutions, and the easiest one to apply would be sending of Real Estate Mapping from ZVRPP (Office of Real Estate Registration) to DAMT (Administration and Protection of the Land Directory) and then the allocation of land parcels to create the Map of Land Use.