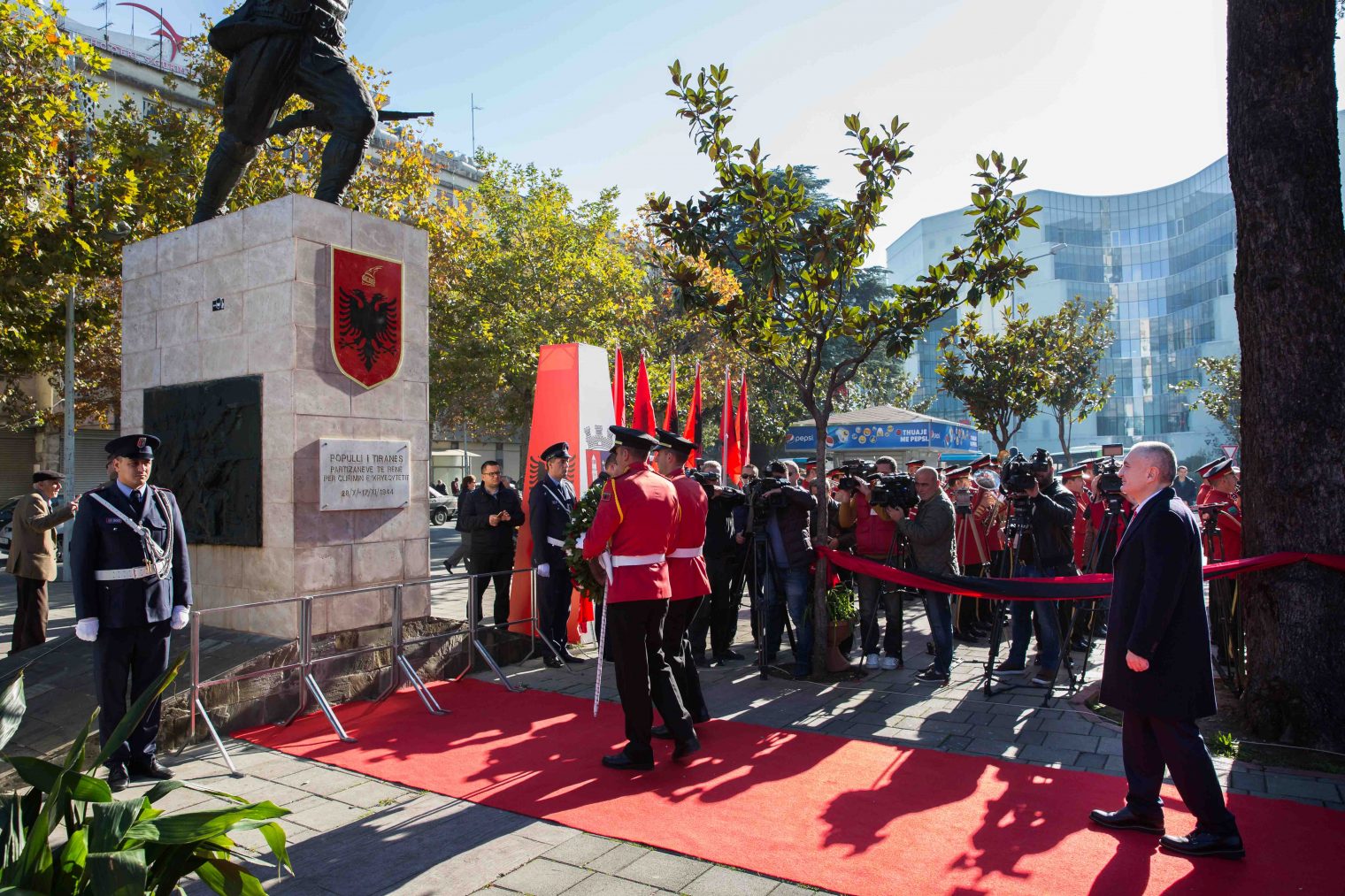 Tirana recalled today the 72th anniversary of liberation from fascist invaders. Chairman of the Parliament, Mr. Ilir Meta, the Mayor of Tirana, Mr. Erion Veliaj, President of Tirana Regional Council also Chairman of the Municipal Council, Mr. Aldrin Dalipi, parliamentarians, government representatives, members of the Municipal Council, as well as many veterans of the National Liberation War, took part in the ceremony commemorating the day and sacrifice that thousands of young men and women made for the liberation of the capital.

They placed wreaths at the monument of the “Unknown Soldier” in tribute and honor to all those who gave their lives for the liberation of Tirana, altogether with hundreds of other people that were part of the anti-fascist war. In his speech, Chairman of the Parliament Mr. Ilir Meta praised November 17th as one of the most important event, not only for Tirana, but for the whole country.

Mayor of Tirana, Mr. Erion Veliaj emphasized that this day is important for the capital, as we honor the sons and daughters who rose against all internal divisions and problems, and united fought to liberate the capital. He stressed that their work should be an example and inspiration for the current generation.

“Fortunately, the history today does not require the sacrifice of giving lives for it, but of course now is required to build with the same passion and the same energy that young people fought 72 years ago to preserve the identity of our country” said the mayor. Further, he stated that this day is also an example to younger generations to understand that the history of Tirana is filled with events and selflessly sacrifices to make Tirana the center of all Albanians.

Later on, the Mayor of Tirana and the Chairman of the Municipal Council participated in the Scientific Conference dedicated to this day. During this conference, historians Mr. Paskal Milo, Mr. Pellumb Xhufi and other researchers, brought to the attendees facts and events of the battles that took place in the capital until the day of liberation.

Then, the participants attended the exhibition organized by Tirana Municipality, in cooperation with the Central State Archive, with pictures that evoked Tirana of those events.