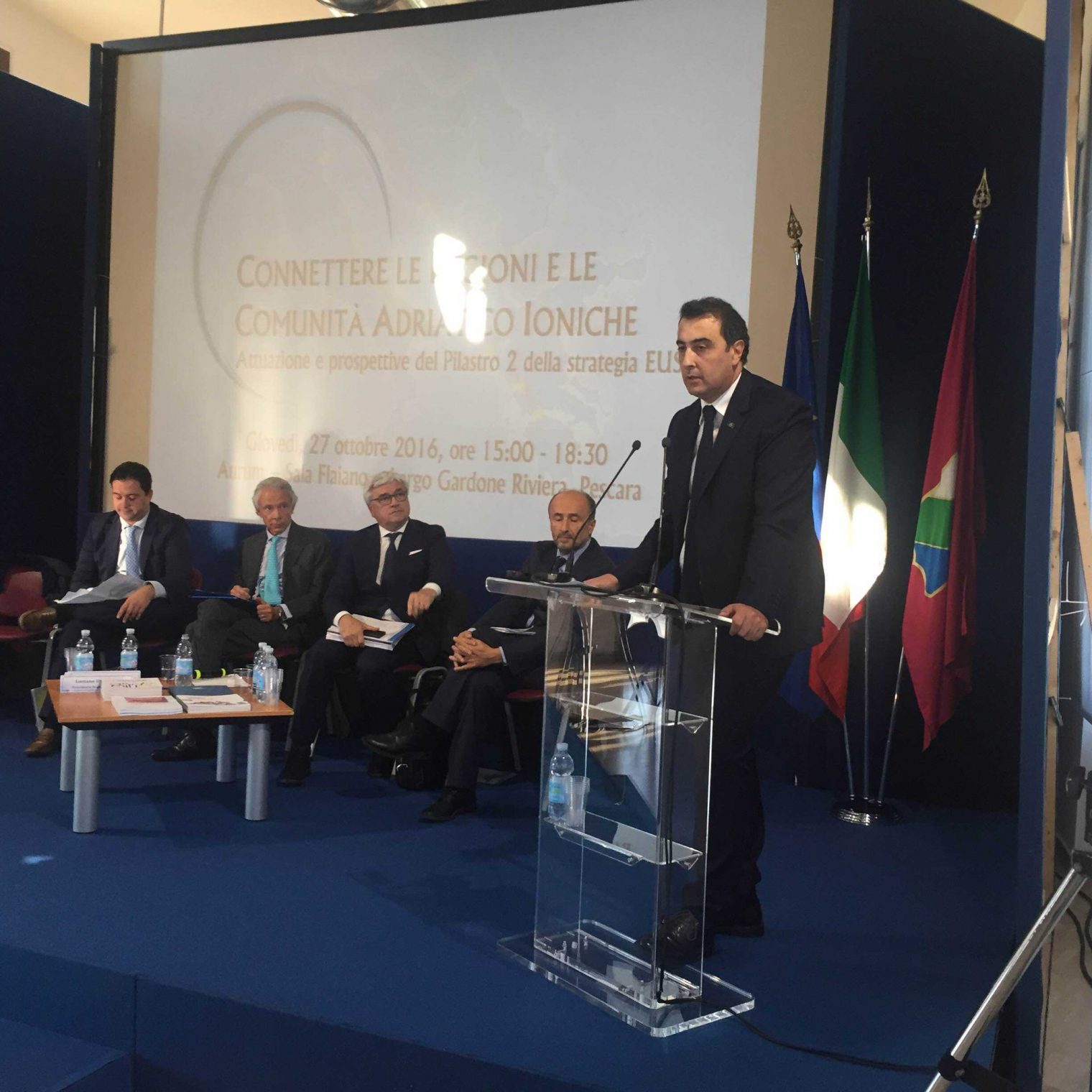 Being part of the Adriatic Ionian region altogether with EU candidate countries and members of the Union, requires specific and intense communication and collaboration. Community development and interaction between parties in the region asks for substantial steps to be taken by regional leaders. This was the main focus of the International Forum held on October 27th 2016 on: “Connecting regions and the Adriatic-Ionian communities.

Implementation and prospects of Pillar 2 of the EUSAIR Strategy “, held in Pescara, Italy.

Topics of the conference were mainly focused on increasing regional cooperation. Community development can be achieved only through the development of cooperation between leaders, which then leads to increased quality of life of citizens in the countries where they live. And this connection, according to the participants at the conference, is achieved in many forms, which pass from collaboration among leaders to concrete infrastructural projects that link the region by air or by land.

Euroregion countries are building good bridges of interaction among them, being part of concrete projects such as Dubrovnik – Tirana highway or making a reality the direct airline Zagreb-Tirana.