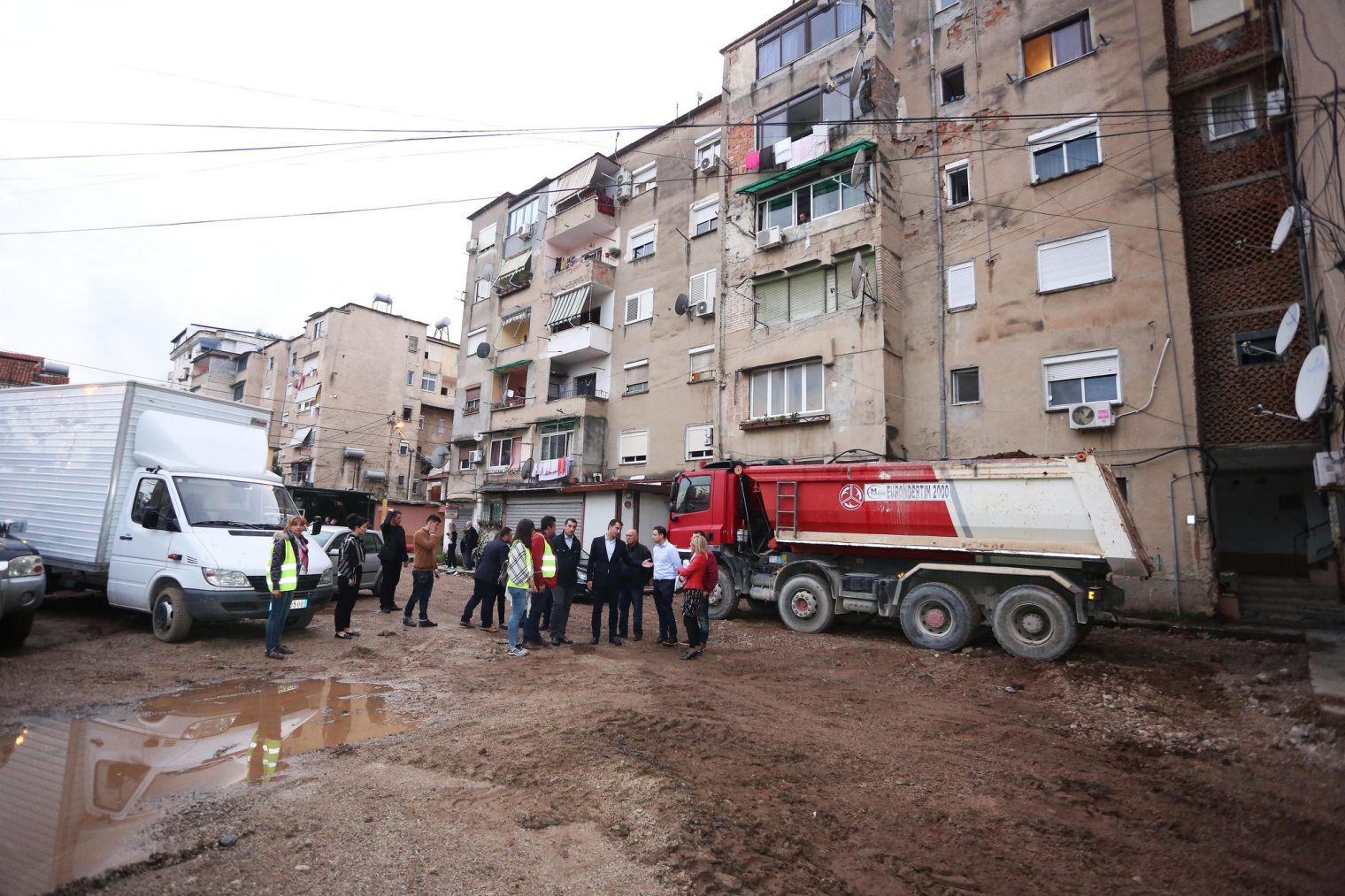 Following the work and investments in the capital, today started the work on urban requalification of another block of flats in Tirana.

Tirana Municipality is implementing the urban requalification of the neighborhood along “Vellezerit Manastirliu” St, which provides intervention in an area of about 3.5 acres, including works in 8 road segments.

The work was inspected today by the Mayor of Tirana, Mr. Erion Veliaj, who pointed out that, in this neighborhood, the investments of the municipality aim to bring equal standards of living as in any other area of the capital, where it is intervened so far.

President of Tirana Regional Council also Chairman of the Municipal Council, Mr.Aldrin Dalipi said that work is the best answer of the municipality and the majority of the municipal council, to anyone who focuses on criticism.

“On behalf of the Municipal Council I am very pleased to come and see closely that the decisions that we take are transformed into real work. But also I have a message for those who do not focus on the work, but on the words: They must become part of the change, having the opportunity to be in front of people to feel good, otherwise let them to continue with the words. Tirana Municipality, the majority in the Municipal Council, and all those who have chosen to work, will continue this hard work, day by day without stopping,”- said Mr.Dalipi.

In all these segments, the work will be continued up to complete laying of sewerage network of drinking water and sewage, paving, construction of sidewalks, but also the placement of vertical and horizontal signage and lighting.

The sidewalk and the transit of pedestrians on the street will be constructed lower at the beginnings and at ends of each segment, to facilitate the free movement of people with disabilities, children and baby carriages. Inside the flat blocks there will be created three spaces equipped with recreational facilities, which will be filled with greenery, benches, baskets and toys for children.