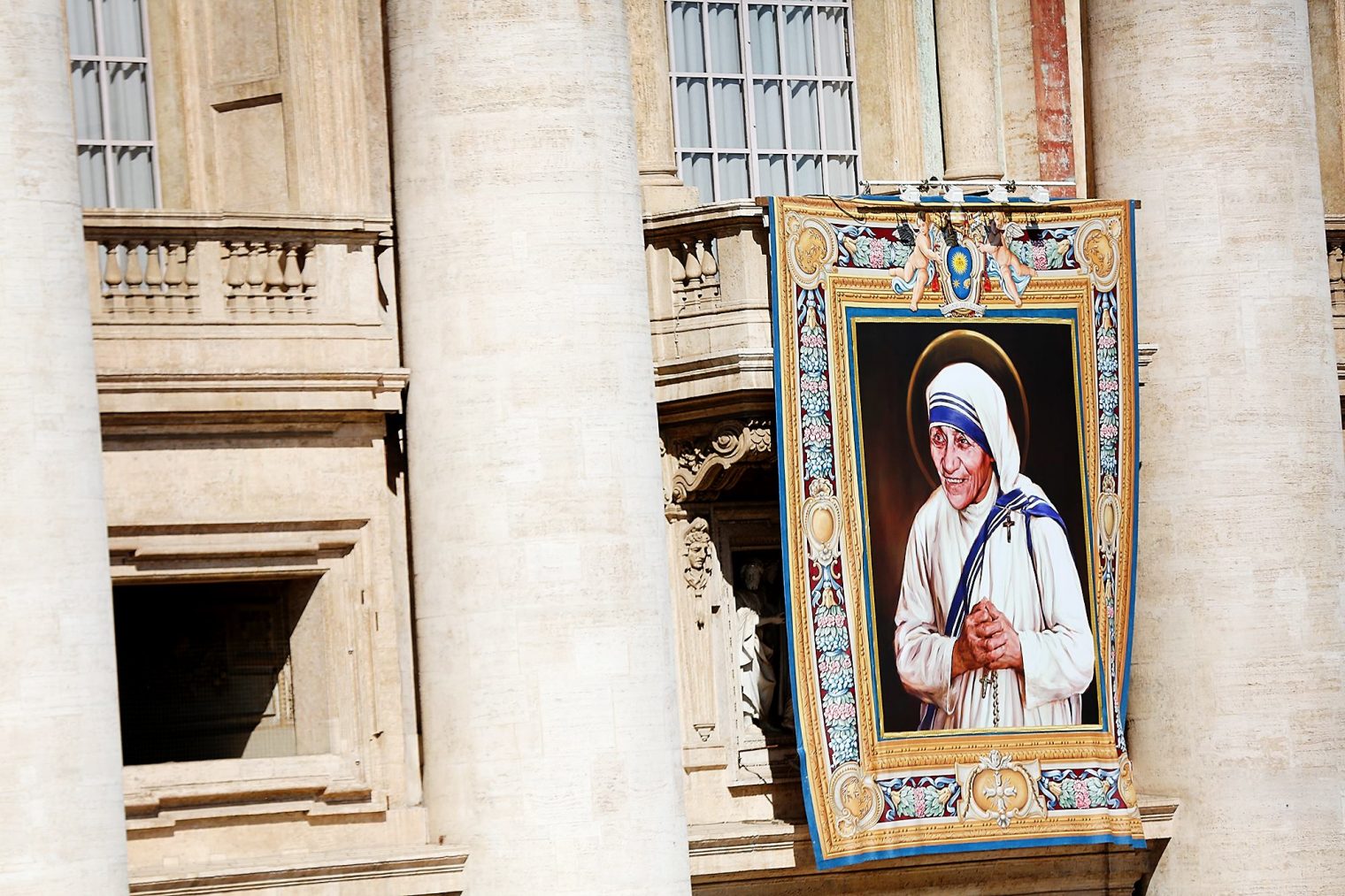 More than a hundred thousand people, followers of Mother Teresa and other, gathered in St Peter’s Square in one of the central moments of the Extraordinary Jubilee Year of Mercy, for the solemn mass in honor of the woman of Albanian origin who with her work made the whole world talk for her.
At 10:40 o’clock on Sunday, Pope Francis read the formula of canonization, declaring Mother Teresa a Saint. In his homily during the canonization Mass, the Pope highlighted the values that have distinguished Mother Teresa saying that she shone a light in the darkness of the many who no longer had tears to shed for their poverty and suffering. “Throughout her existence she has been “a generous dispenser of divine mercy”.
“She was committed in defense of the human life, leaned to the abandoned persons and to those who were cast aside, left on the verge of death alone, recognizing the dignity that God had given them” said Pope Francis, while emphasized the strength and impact that Mother Teresa had in front of powerful men of the time. Mother Teresa “this tireless worker of mercy’’ made the world talk for her and her work. Her religious order of the “Missionaries of Charity” is now present in many countries around the world following her heritage and example.
Precisely for this, the Pope said that “probably will have little hard to call St. Teresa, her holiness is so close to us, so loving and generous that we spontaneously will continue to call her Mother Teresa”.
Numerous were those Albanians from Albania, Kosovo, Macedonia and those who live abroad who participated the ceremony. Today it is very easy to hear Albanian language in St. Peter square, to recognize Albanians from symbols of national flags waving or holding them in the square.
While the Vatican held the canonization Mass of Mother Teresa, Tirana Municipality organized a variety of activities in Tirana. They were all held in the square named after Mother Teresa, where were put posters with the name of the New Saint in the Catholic Church, and also held a thematic concert.
Mother Teresa throughout her life did not ever denied Albanian origin, making more beautiful this country. And she did so even this early September.