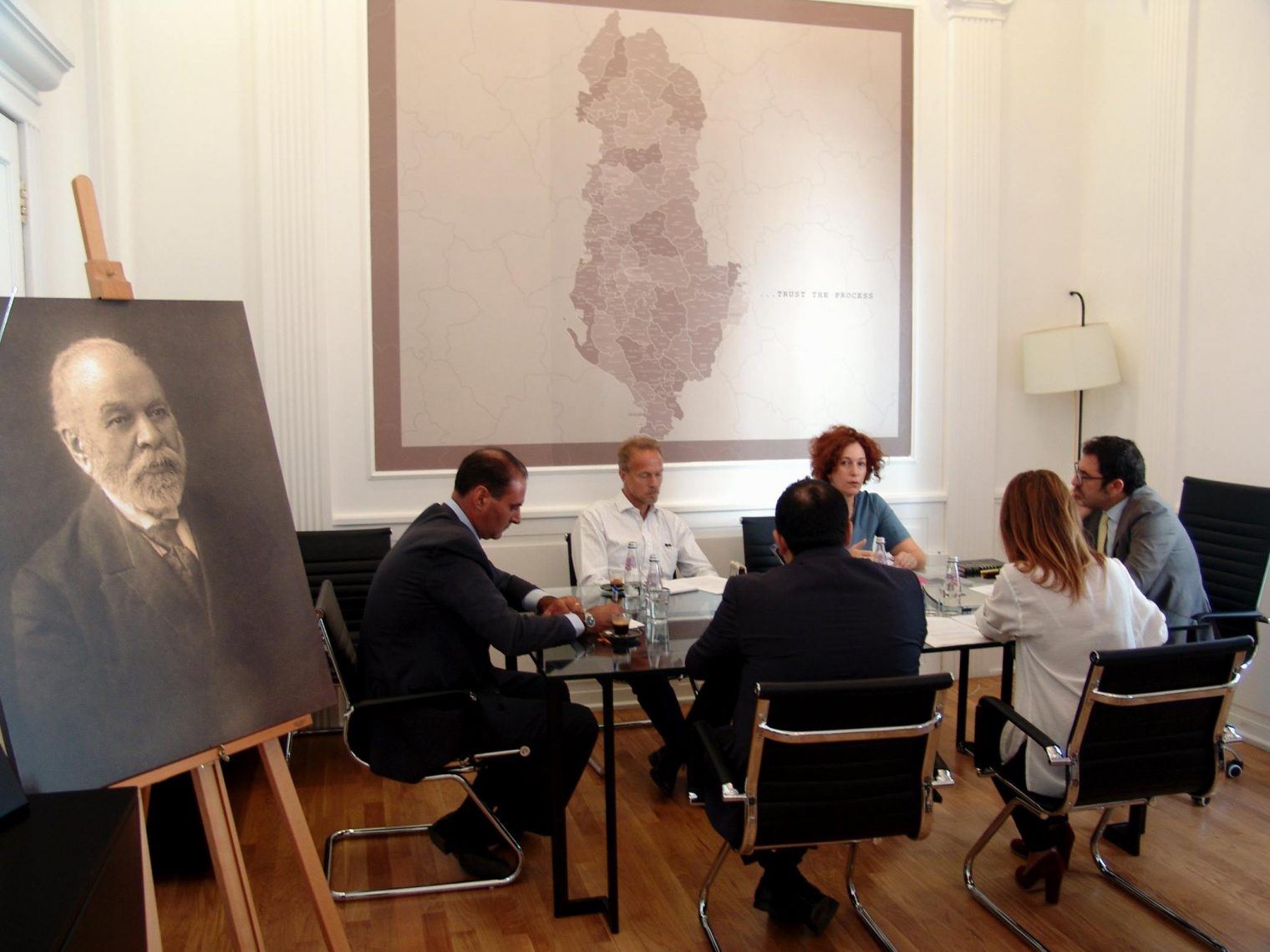 Minister of State for Local Issues, Mr.Bledar Cuci and Chief of the European Union Delegation in Albania, Ms.Romana Vlahutin discussed the implementation phase of the Territorial and Administrative Reform and the Decentralization Strategy. Ambassador Vlahutin praised the efforts of the Albanian authorities and encouraged them to accelerate the pace of reforms in this important area.
“The European Union pays great attention to the local government and fully supports the role of local governments in the process of integration into the EU,” said EU Ambassador. In particular, Ambassador Vlahutin encouraged the government to quickly adopt, in close consultation with all relevant stakeholders, a law whereby local finances would be predictable and funds would be allocated in a transparent and impartial way.
Improving public financial management at the local level, remains a priority in the framework of the strategy for Public Financial Management. She reiterated the full EU determination to work together with Albanian authorities to increase capacity linked with the EU ruling on the local level. The establishment of EU local offices at the municipalities will become a useful tool for the country’s European integration.
EU delegation plans to assist by providing training / knowledge sharing, communication network and interconnection platform, information materials and event management.
Moreover, the EU has pledged a major contribution to the project “Support to Territorial and Administrative Reform” (STAR) that will soon start its second phase. Other activities of STAR, implemented by UNDP, aim at strengthening administrative and institutional capacity of local governments, to increase the provision of local services and strengthen local democracy through the promotion of good governance oriented to citizens and their increased participation in decision-making at local level.