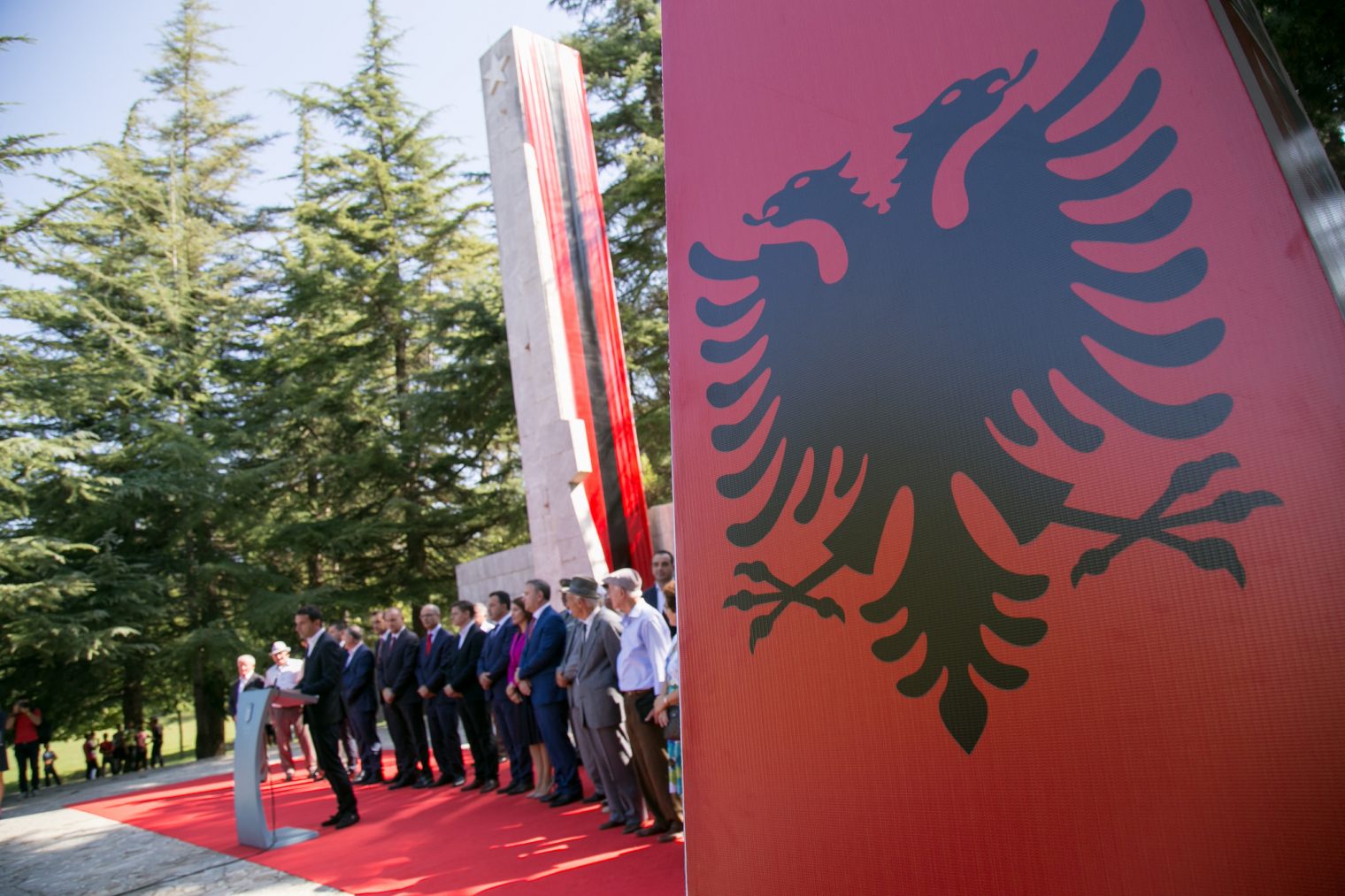 War veterans, representatives of the executive, members of the parliament and local leaders commemorated the 74th anniversary of the Conference of Peza, the largest nationalist organization in the fight against fascism. In this day there was paid homage to the fallen, near the monument that commemorates this event. On behalf of Tirana Regional Council, President Mr. Aldrin Dalipi laid a wreath while the ceremony was accompanied with numerous activities by Tirana Municipality. In his speech the Mayor of Tirana, Mr. Erion Veliaj, initially thanked all veterans, but even young people who were part of these events. Mayor of Tirana emphasized that the Conference of Peza, was the first to set position of Albania in the fight on the Allied side against the invaders. “That is why, every September 16th, Peza recalls the efforts and sacrifices of a generation that rose up to the challenges that history listed” – said the Mayor. He added that the sacrifice and idealism of those young people should be a motivation even for our society to contribute more for our country. “We need the example of those men and women who rest here, fellow veterans who have come here today from all over Albania to honor them, but above all, the example they gave should be a model for the young people of today. There are more things that unite us than the things that divide us to build a European Albania “, said Mr. Veliaj. Deputy Prime Minister, Mr. Niko Peleshi said that those who participated in the Conference, nationalists and representatives of various religions and regions, 74 years ago, were patriots who loved the country. “It was the Conference of Peza, which allied Albania alongside other countries that fought for freedom, and its message is still consistent in the present. To achieve the progress we seek, is needed union and cooperation of every political force towards the same goal, to progress the development of Albania and its path towards the European family. Our goal to fully integrate the country into the European Union, is a testament which fulfillment we owe to all generations and their idealistic efforts to see Albania illuminated “, said Deputy Prime Minister in his speech. Afterwards, the participants paid homage to the martyrs’ cemetery and to the memorial of the patriot Myslym Peza.