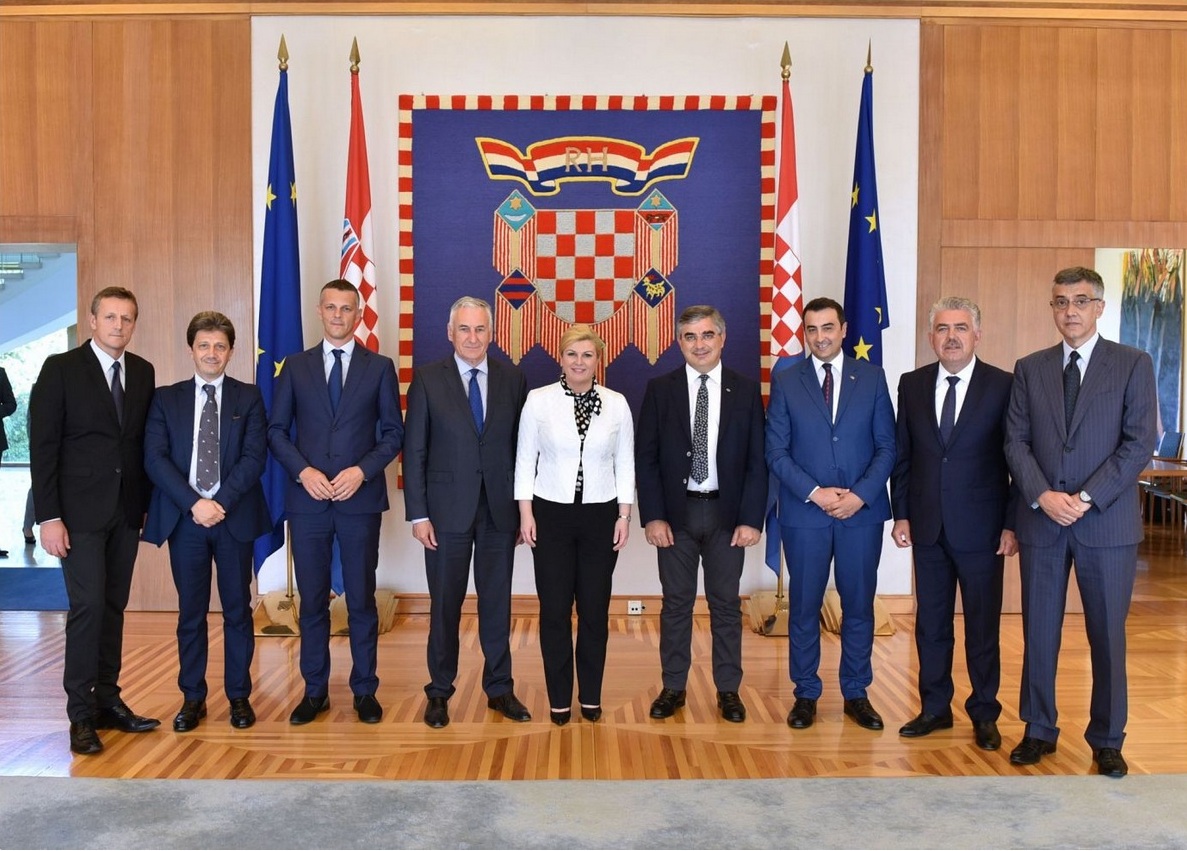 In conclusion, President of Tirana Regional Council also Vice President of AIE said in social networks that “Adriatic-Ionian Euroregion is a great model of integration between local and regional government units” and highly praised the support of the President of Croatia Ms.Kolinda Grabar – Kitarovic in building the bridges of cooperation.

Dubrovnik -Tirana highway, railway network of high speed Bar-Ancona, protection of sea from pollution and petroleum production platforms and discussion on the direct air line Zagreb- Tirana were the priority issues that were shared at this meeting.

At the link below: You can have more information about the meeting at the Croatian presidency.