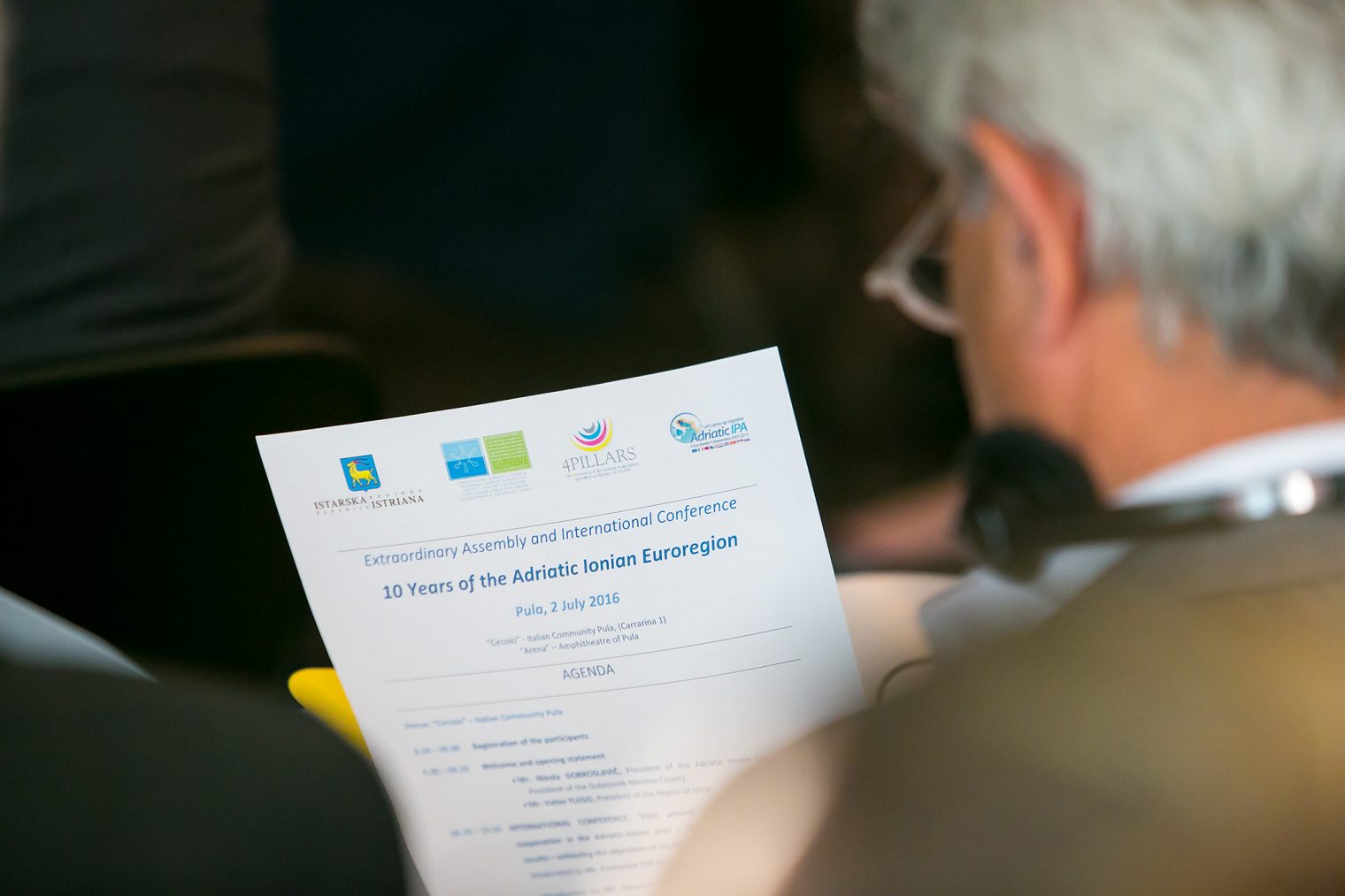 Members of Adriatic Ionian Euroregion 10 years after its creation, gathered on 2nd July, 2016 in Pula (Croatia), exactly where it was created, to make a balance of work done, to celebrate with friends and associates and discuss with the heads of regions of the basin countries, of what will they do in the future.

Nikola DOBROSLAVIĆ, President of the Adriatic-Ionian Euroregion welcomed this event of great importance to all participants.

Launched as an initiative of some visionary politicians precisely in July 2006, AIE came as an attempt to create a special International organization that brought together regional and local authorities in the basin of the Adriatic and Ionian area in creating and developing mutual relationships between residents and institutions and as a stimulation to achieve fruitful development for the territory.

During 10 years of its work, the Adriatic Ionian Euroregion has been strengthened. This has been achieved thanks to the work of its institutional bodies, exchange of best practices and administrative experiences in the context of a continuous process of capacity building.

Today Adriatic Ionian Euroregion has expanded to 28 members. Albania and its coastal regions are part since its creation in 2006.

Common to all speakers was commitment and encouragement on the importance of continuing the path of AIE in this direction, increasing commitment and multilaterally cooperation, being aware that the role of public institutions, regional authorities should be reinforced to support the success of this great European project.