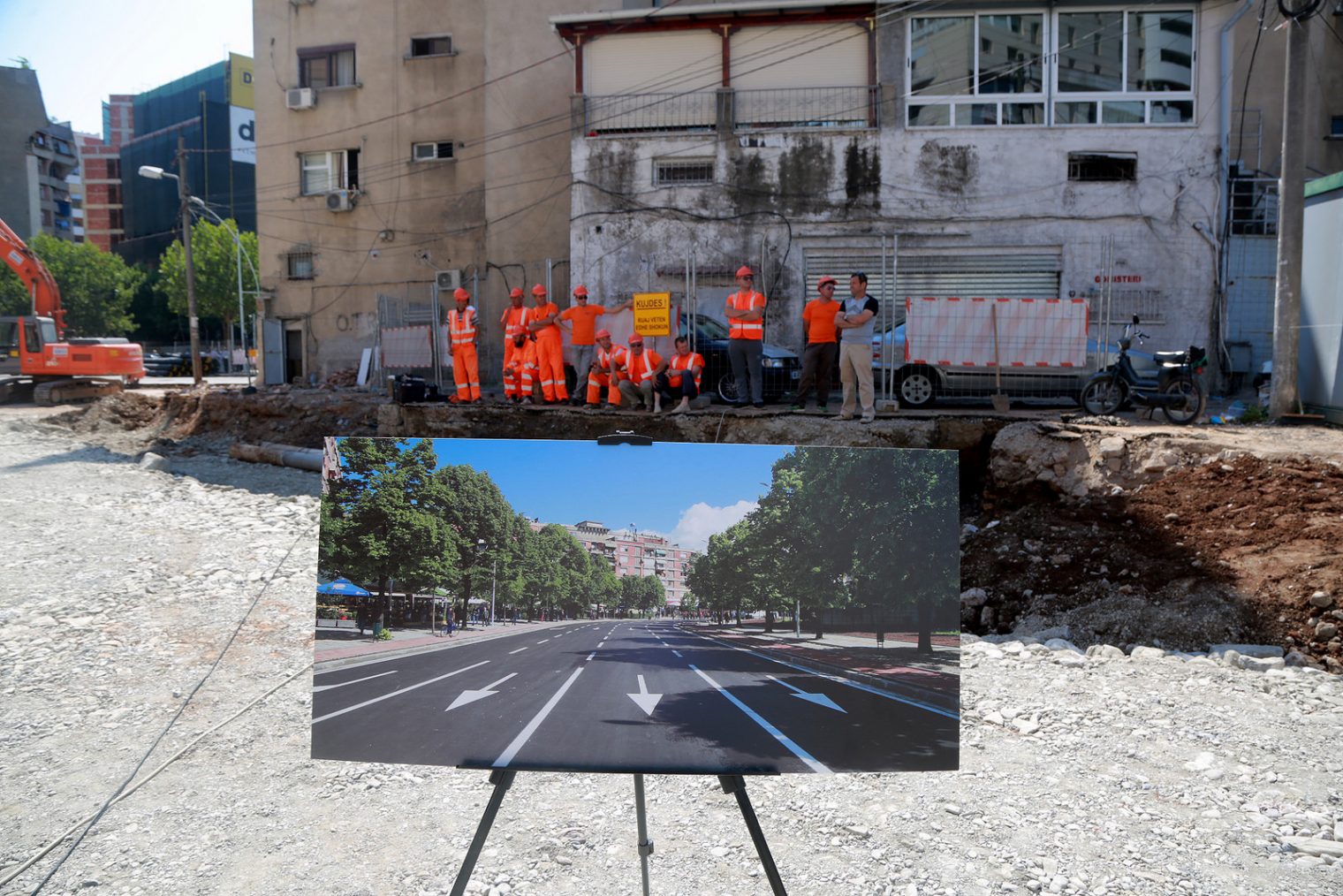 With the motto “Tirana 1 year on the job”, the Municipality of Tirana made public today the balance of work performed since last June 21, as a meaning of force of change that brought the votes of citizens who believed in  the project of transformation of the capital.

Focusing on concrete work that are realized in the course of a year, the mayor of Tirana listed a number of projects, including the Small Ring, works in the big ring, the rehabilitation of the coast of the river of Tirana, urban recovery in some neighborhoods of Tirana, playgrounds for children, etc. “Today we have a more dignified entrance to the city after the intervention we did in the” Dritan Hoxha ” street. With the same example we will continue with a dignified entrance on Kombinat nodes from Kombinat to Sharre, rehabilitation of the cemetery of Sharra to be “sure that the other entrance of Tirana is just as beautiful as the entrance from the street “Dritan Hoxha”, said Veliaj, and emphasized that many other projects are being implemented.

He said that the Municipality of Tirana struggled in the realization of projects for the city to bring a new philosophy of working, where provided every path to have the required standards. “What has happened in previous years we could not undo it, but we can ensure a new standard. This is why the roads you have seen, from “Dritan Hoxha street , completed ring segments, the road to the” Palace of Congresses “, are equipped with sidewalks, bike lanes, dedicated lanes for buses, to ensure that what we do from now on to keep a certain standard. The mention streets have led to a situation where, according to measurements, has tripled the number of people using bicycles in Tirana “, said Veliaj. He assured that the work that has started in different areas of Tirana will soon be spread to all neighborhoods of the capital.

Mr. Veliaj asked the citizens of Tirana to be patient, ensuring that every problem of capital is under the Municipal attention. To all citizens who ask impatiently why municipal is not working in my neighborhood, I want to say that it is only a matter of time. At this rate it will not be long until we will be  at the capillary in every neighborhood, in every street, and i want to ask you just a little patience to ensure that we are in every cell of Tirana “, said Veliaj.

On the other hand, he said that all performed work had another positive effect for the citizens, because they have made it possible to increase the value of the property. He thanked all citizens that answered the call of municipality to contribute to the construction of nurseries, kindergartens, roads or playgrounds.

“I am very glad that our call, despite the cynics and skeptics responded dozens of businesses, which not only pay all municipality taxes and do not complain because they understand that tax-free, will not built city” said the mayor, Veliaj. Finally, he said that the Municipality of Tirana now begins a new stage, as it will need to compare its performance with that it has made within a year and not with the last administration.

“This is only our first year; this means that by June 21 we have had the “luxury” to compare with, sleep and lethargy we found in Tirana. From today, we compare ourselves with ourselves! – concluded Mr.Veliaj.