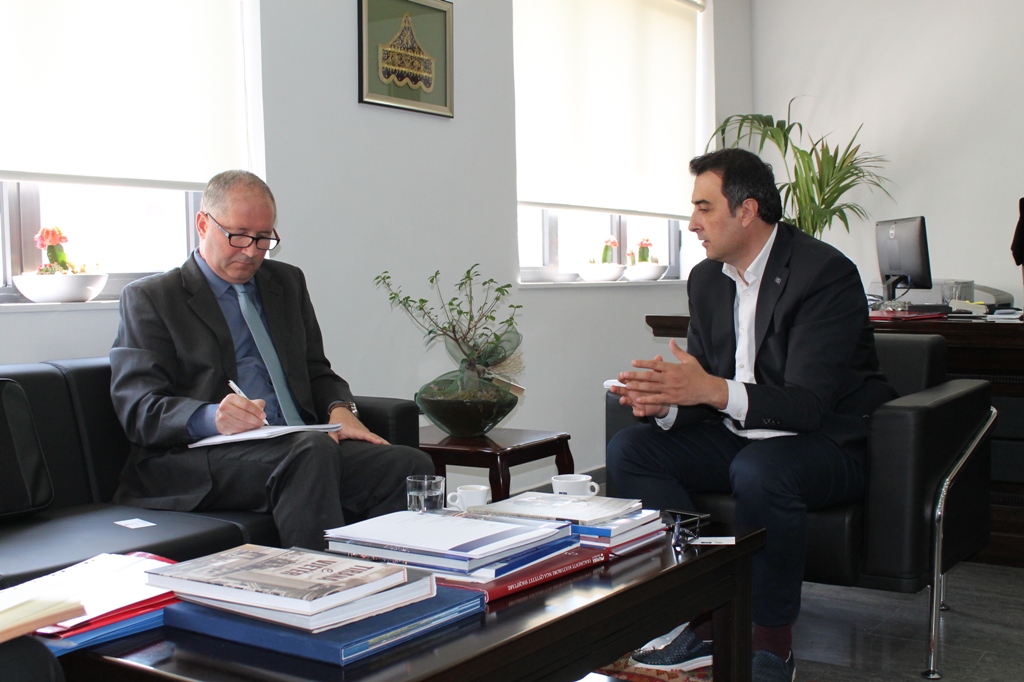 Today, Mr. Aldrin Dalipi, President of the Association of Albanian Regional Councils held a meeting with the relevant expert of the Council of Europe in Tirana for the project “Strengthening Local Government Structures and Cooperation between local elected representatives in Albania”.

The meeting with Mr. Arben Qesku was held at the request of AARC to advance further work and developing commitment and consultative processes of AARC and harmonizing the relationship between the donor community in the country and the associations of elected local in the framework of local government.

Mr. Qesku estimated the contribution of AARC in giving recommendations on the Draft Decision of Council of Ministers on the establishment of the Consultative Council for Local Government and the commitment of its experts, and representatives from all regions of the country, in consultation meetings that were held at the end of April in the cities of Fier and Lezha. During the meeting, was emphasized the importance of activating the local associations in all decision-making processes on local government and dignified needed representation in the Council of Europe bodies which Albania adheres.

Mr. Dalipi re-emphasized the vision and volition of AARC, playing an important role and contributing in the reforming processes of the local government and its readiness to welcome in this regard the expertise and support of the Council of Europe.