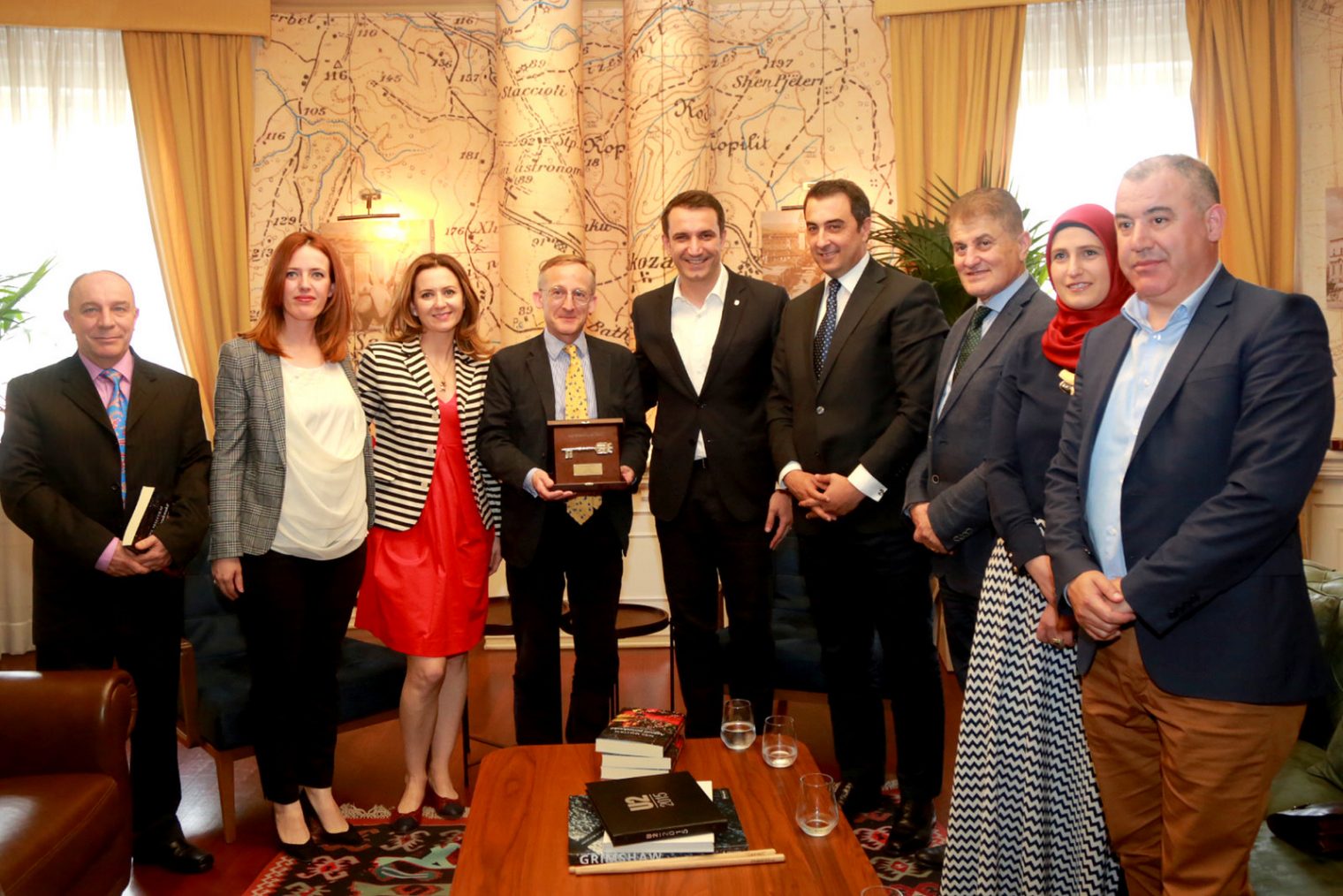 Municipality of Tirana has honored the journalist, historian and scholar Englishman, Sir Noel Robert Malcolm, with the “Key of the City” for its contribution to his studies on the history of Albania and Albanians.

Professor Noel Malcolm thanked the mayor for the honoring by the Municipality with the city’s symbolic award. “I’m very happy to be in Tirana in promoting the book and I’m very happy for an honor that was unexpected to me. “Thank you very much,’’ – he said.

Sir Noel Robert Malcolm is a political journalist, historian and academic. He received the title “Sir” for services to academia, journalism and European history.

His latest book is called “Imperial Agents,” which is about two Albanian families from Ulcinj.