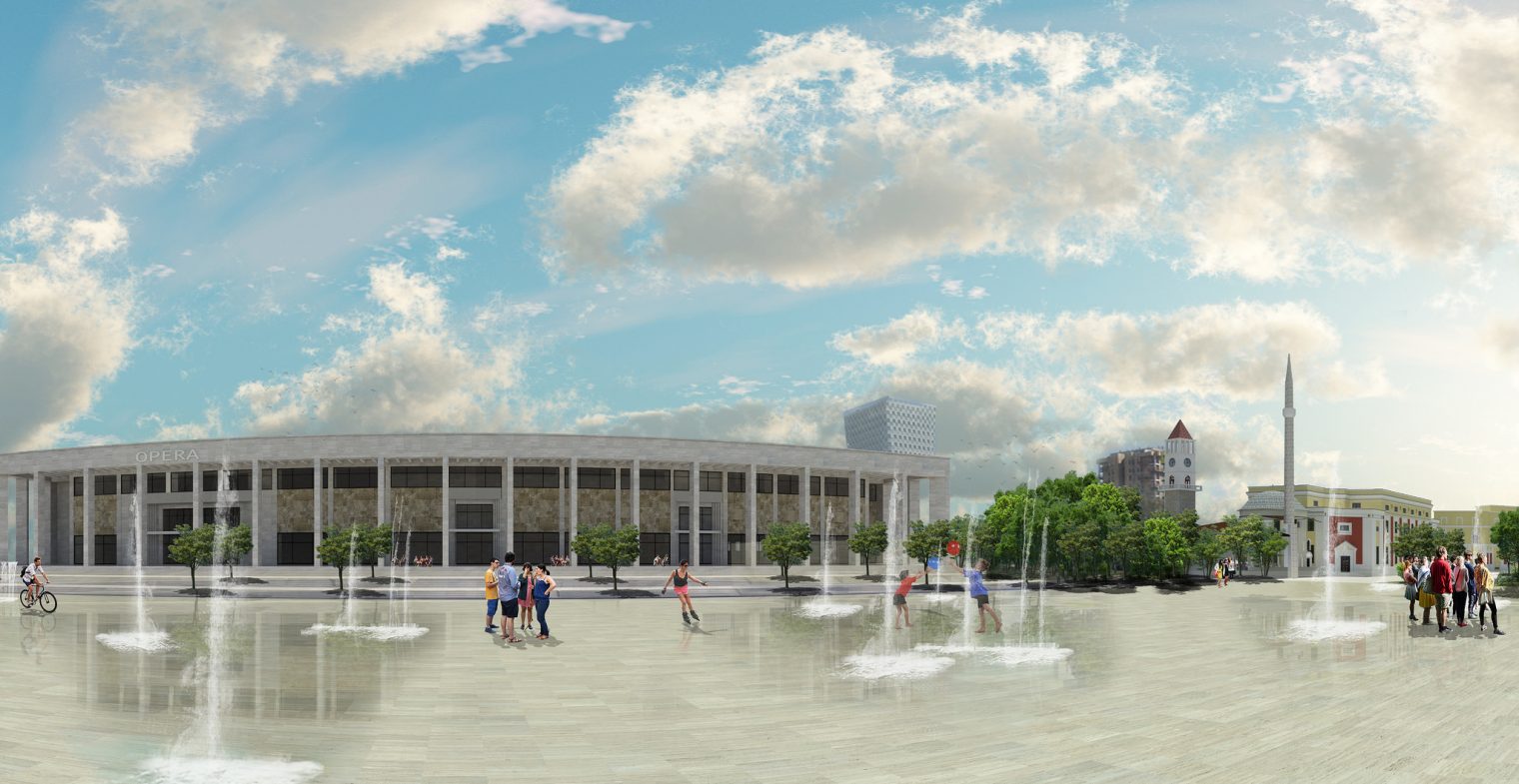 Tirana will have a central square devoted entirely pedestrian, designed with rocks and vegetation from all Albanian regions. Tirana Municipality has introduced the new project of the square “Skanderbeg”. The implementation of it will be start in June, after being discussed with all citizens of Tirana. Prime Minister of Albania Mr. Edi Rama, Mayor of Tirana, Mr. Erion Veliaj, President of the Regional Council of Tirana , Mr. Aldrin Dalipi, architects, urban planners and interested citizens were participants of the very first presentation of the project. During his speech, Prime Minister of Albania Mr. Edi Rama, defined the project as a very important one and stressed that it will give the city and the citizens the deserved square . “This project has a special importance because it is at the heart of Albania, in Tirana, where it is the heart of all Albanians. It is a project launched years ago to Tirana , a creative project of having a square, which it will provide a fixed reference point to residents. It happened that our project was criticized meanwhile we transform city squares, in shortsightedness that people do not benefit economically.- said Prime Minister Edi Rama Meanwhile, the mayor of Tirana, Mr. Erion Veliaj, introducing elements of the project said that it was aimed to enable equality of green surface of the square itself. “This means that we have adapted more green square, bringing the reports 50 by 50”, said Mr. Veliaj. Further he stressed that the square will represent national unity, not only because it will found at the heart of Tirana, but also because his conception represents totally our national unity.