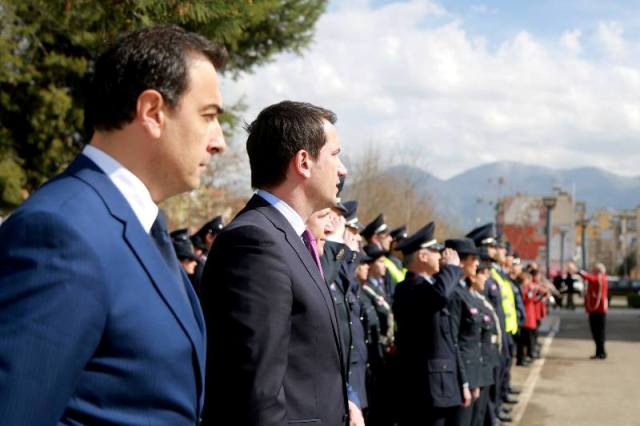 Tirana Municipal Police is involved in a comprehensive process of transformation. President of the Regional Council of Tirana Mr. Aldrin Dalipi, the Mayor of Tirana, Mr. Erion Veliaj and the Prefect of Tirana, Mr. Sadi Vorpsi were present today at a ceremony were 100 new recruits have joined forces of Municipal Police. The ceremony was held near the premises of the Municipal Police. In his welcome speech Mr. Dalipi congratulated young women and men who became part of the Municipal Police. Meanwhile the Mayor of Tirana has identified that the tasks of the municipal police are numerous and also difficult for its effort that requires the return of capital from a place where the prevailing strongest dominated by the rule of law and normality in the city, starting from the release of public spaces and the return of them to the citizens. Further, he added that within 7 months, the Municipal Police has undergone a radical change, starting from the behavior of its representatives in relation to the citizens . According to him an element of change is the inclusion ever growing of female employees on the Municipal Police.