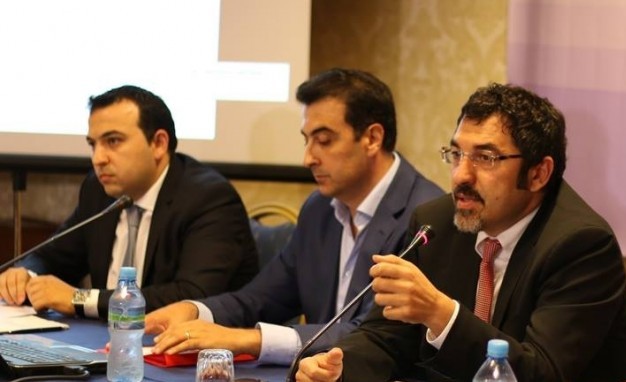 President of the Association of Albanian Regional Councils, Mr.Aldrin Dalipi and Executive Director Mrs. Blerina Guga, held a meeting with the Adviser of the Minister of State for Local Issues Mr.Enea Hoti.

During the meeting, they exchanged information on the further steps that are performed in the context of meeting the local government reform in the country.

Among others was praised the active role of the Association of Albanian Regional Councils (AARC) in the process of consulting and giving opinions on the draft Decision of Council of Ministers on the establishment of the Consultative Council for Local Government and encouraged the increased role of AARC in this direction even in the future.

Mr.Hoti welcomed interaction and recently generated report by AARC to promote its cooperation with two local government associations, on issues of common interest and especially to discuss the draft law on local finances.

In this regard it was agreed at the request of AARC (Association of Albanian Regional Councils) to advance efforts in organizing a roundtable of three local associations and relevant experts, to accelerate the discourse and the development of further works on the local finance law.