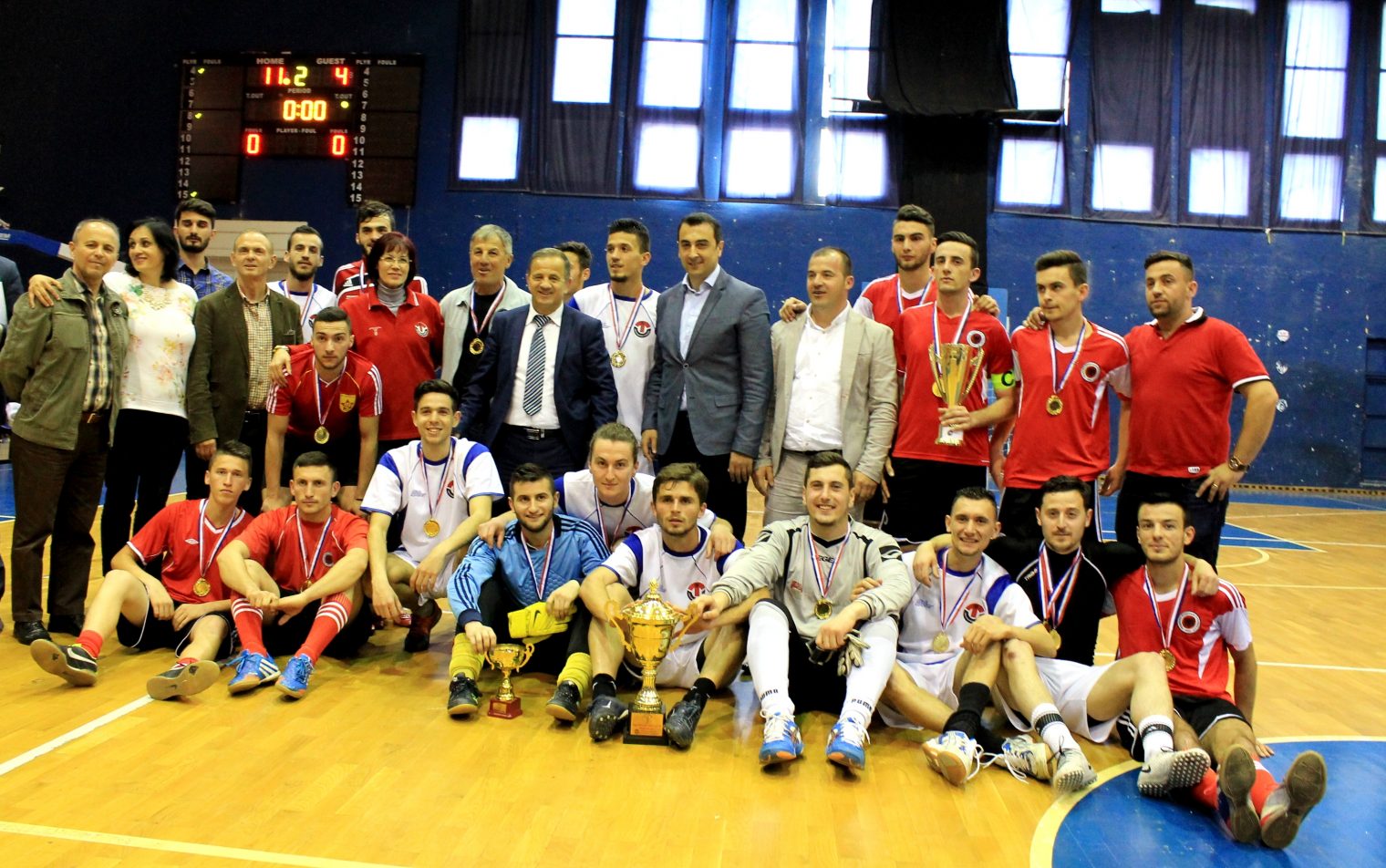 With the aim “For the sport as an added value”, Albanian Mini-Football Sports Associations organized the second University League.

An open tournament to all public and private Universities to highlight not only the academic part but also sport life in University Campuses.

University of Tirana was announced the champion of University League 2016. Tirana University team led by one of the most famous coaches of national football arena Ilir Spahiu, defeated the newly formed team of the Agricultural University of Tirana. The first part would be closed with the result 3-3.

The experience of the coach and the players as Vatnika and Moçka further deepening the results in favor of the students of UT.

President of the Regional Council of Tirana also the Chairman of the Municipal Council of Tirana, Mr. Aldrin Dalipi, Mr. Viron Bezhani Olympic Committee President, and other participants attended the final match by encouraging students to consistently and actively play sports by giving a positive example.

Mr. Dalipi said that youth have a greater need for sports and for such comprehensive activities while delivered the cup to the winning team.

The best player of the tournament was the captain of the University of Tirana, Mario Moçka.

Small final for the 3rd and the 4th places was won by Epoka University that also won the cup FAIR PLAY.