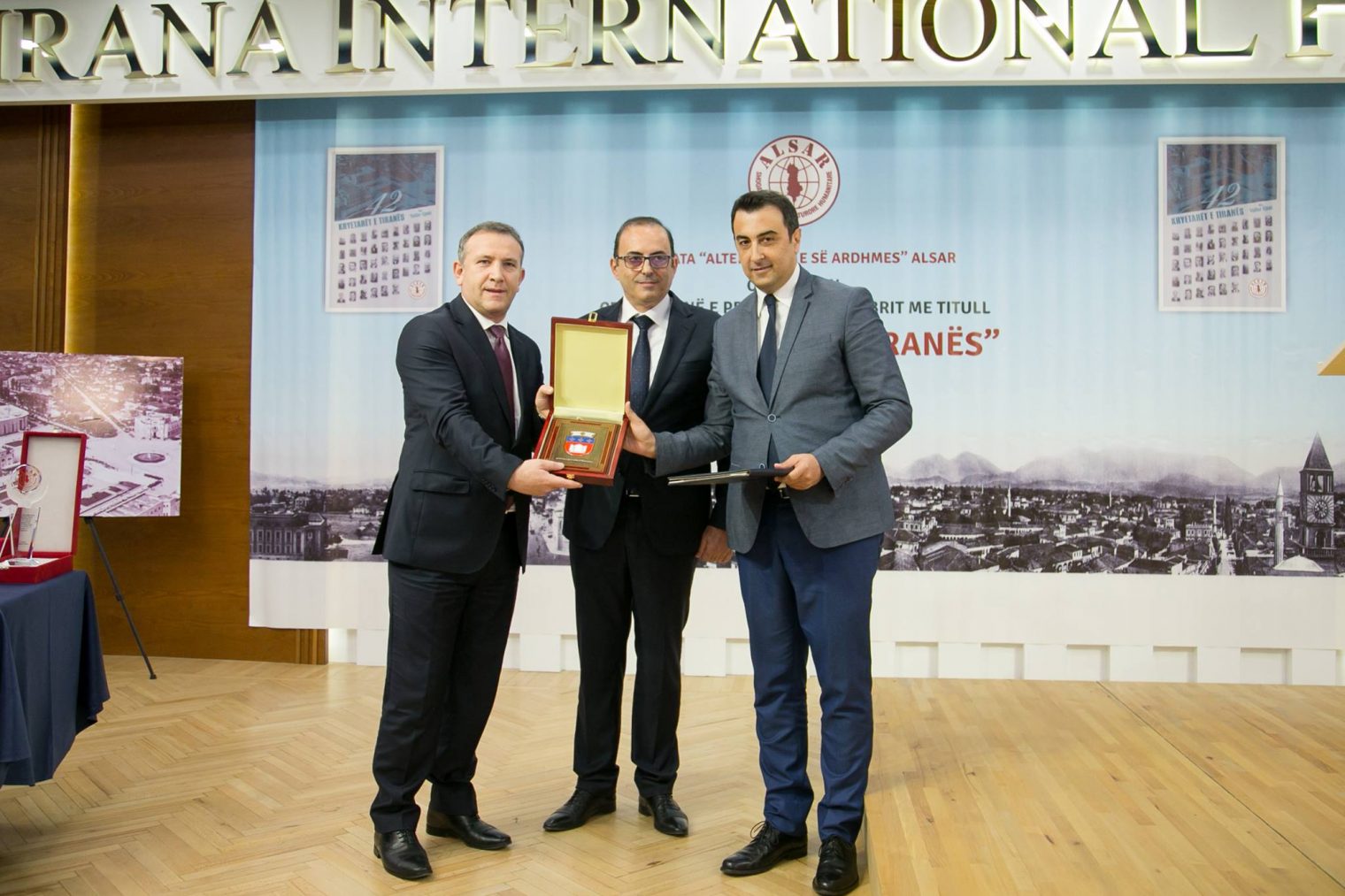 On April 28th Tirana Regional Council awarded to “Tirana” Association the title “Honor of the Region” with the motivation “For protecting and promoting values of cultural, spiritual and material identity of the city and region of Tirana”.
This award is the highest distinction awarded by the Regional Council of Tirana. It was given to Mr. Arben Tafaj, President of “Tirana” Association, by the President of the Regional Council of Tirana Mr. Aldrin Dalipi and the Prefect of Tirana Mr.Sadi Vorpsi in the presence of Mayor of Tirana Mr. Erion Veliaj.
The title was given during the event held on the occasion of promotion of the book “42 mayors of Tirana” written by Mr. Valter Gjoni, who for more than 20 years, holds the position of chief of protocol at Tirana Municipality.
The book presents a history of not only of all its mayors in years, but also the history of Tirana city.
During the ceremony Mr.Valter Gjoni was honored by the “Tirana” Association for his contribution to the city of Tirana.