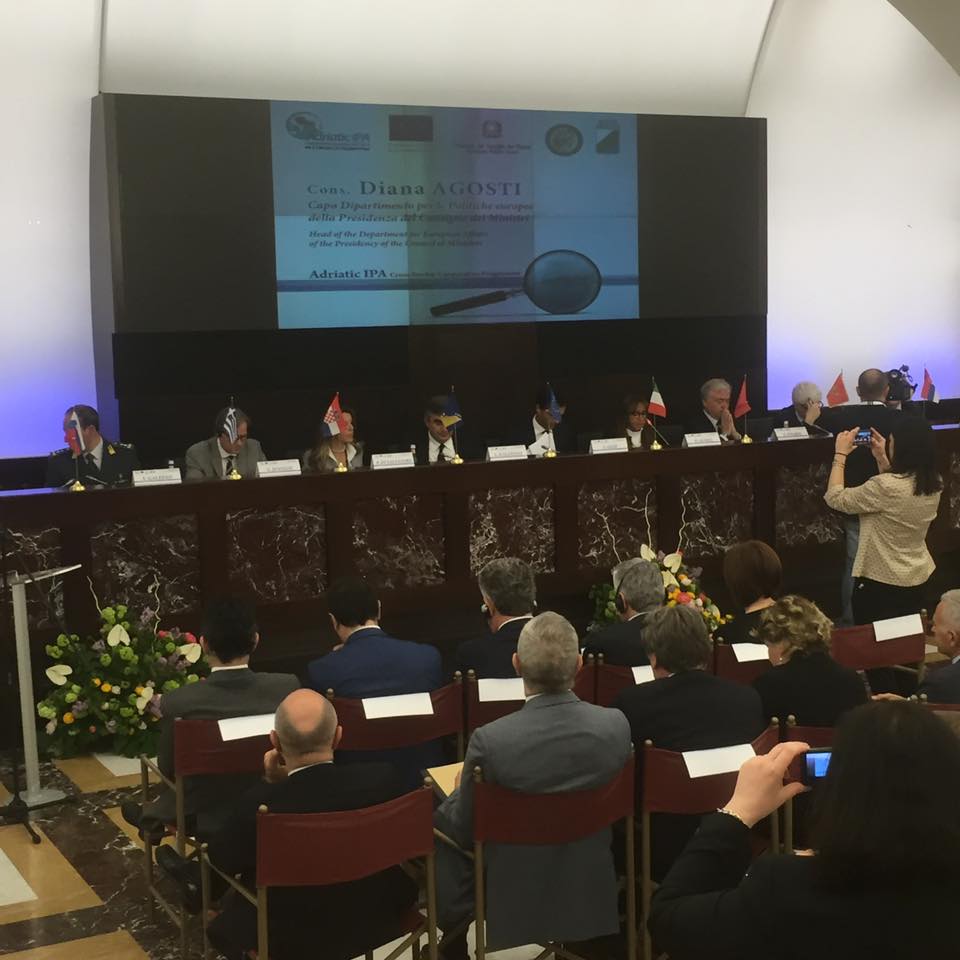 On April 20th 2016, President of the Regional Council of Tirana, Mr. Aldrin Dalipi attended the conference “Prevention and fight against financial irregularities and fraud in the Programmes of the European Territorial Cooperation” which was held in the Presidency of the Council of Ministers- European Affairs Department at Chigi Palace in Rome.

President of the Regional Council of Tirana, Mr. Aldrin Dalipi, in his speech emphasized the common position of regional authorities, against any form of financial irregularity in the use of IPA funds and the will to establish operational units to prevent them in the region.

The conference was addressed also by Mr. Nikola Dobroslavić, President of Adriatic Ionian Euroregion and President of Dubrovnik – Neretva Region. According to the Managing Authority of the IPA Adriatic CBC, it is important to include all countries that are part of the program, the governments and their central and regional authorities, to prevent and analyze the phenomenon of financial irregularities and fraud detected in EU countries but also outside it.

The conference was organized as a result of capitalization of actions and measures implemented within the IPA Adriatic CBC and aimed to provide technical knowledge which applied correctly according to EU rules.