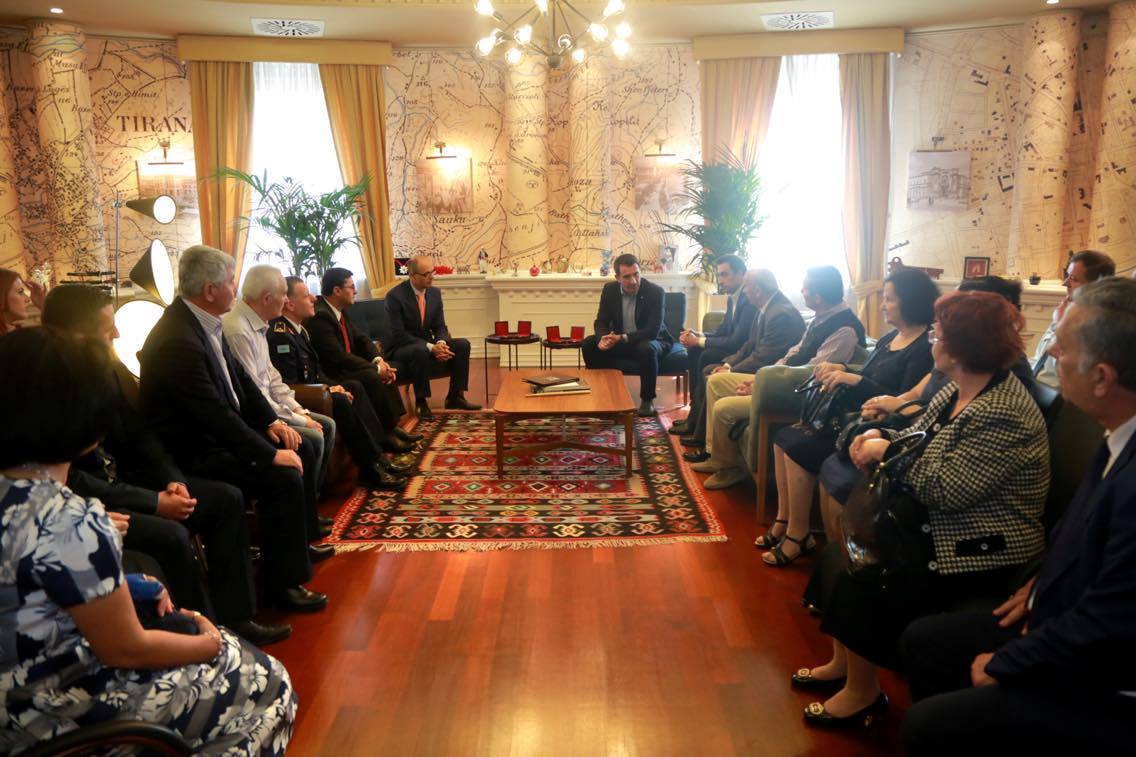 “On the eve of the Aviation Day, we bow respectfully to all those who serves the country with devotion and sacrifice.” The Municipality of Tirana honored with the “Medal of gratitude”, eleven Albanian fallen pilots in the line of duty in Llogora, Adriatic and Shkodra.

“Honoring the pilots fallen in the line of duty is not just an appreciation, is an obligation to institutions to honor their work.” said Mayor of Tirana Mr. Erion Veliaj.

Mr. Veliaj added that together with the Municipal Council will consider the possibility that one of the capital’s streets, to be given the name of the fallen pilots as the martyrs of our land.

President of the Regional Council of Tirana also the Chairman of Municipal Council of Tirana, Mr. Aldrin Dalipi in his speech thanked the mayor for the organized ceremony and highlighted the sacrifices of the Albanian Air Force pilots.

Mr. Dalipi recalled the air tragedy happened in 1989 when pilots of the Albanian Air Forces lost their lives helping students who were injured in Himara region.

Present at the ceremony were also Mr. Petro Koçi, Deputy Minister of Defense, Mr. Sadi Vorpsi, Prefect of Tirana, and family members of the pilots fallen in the line of duty.