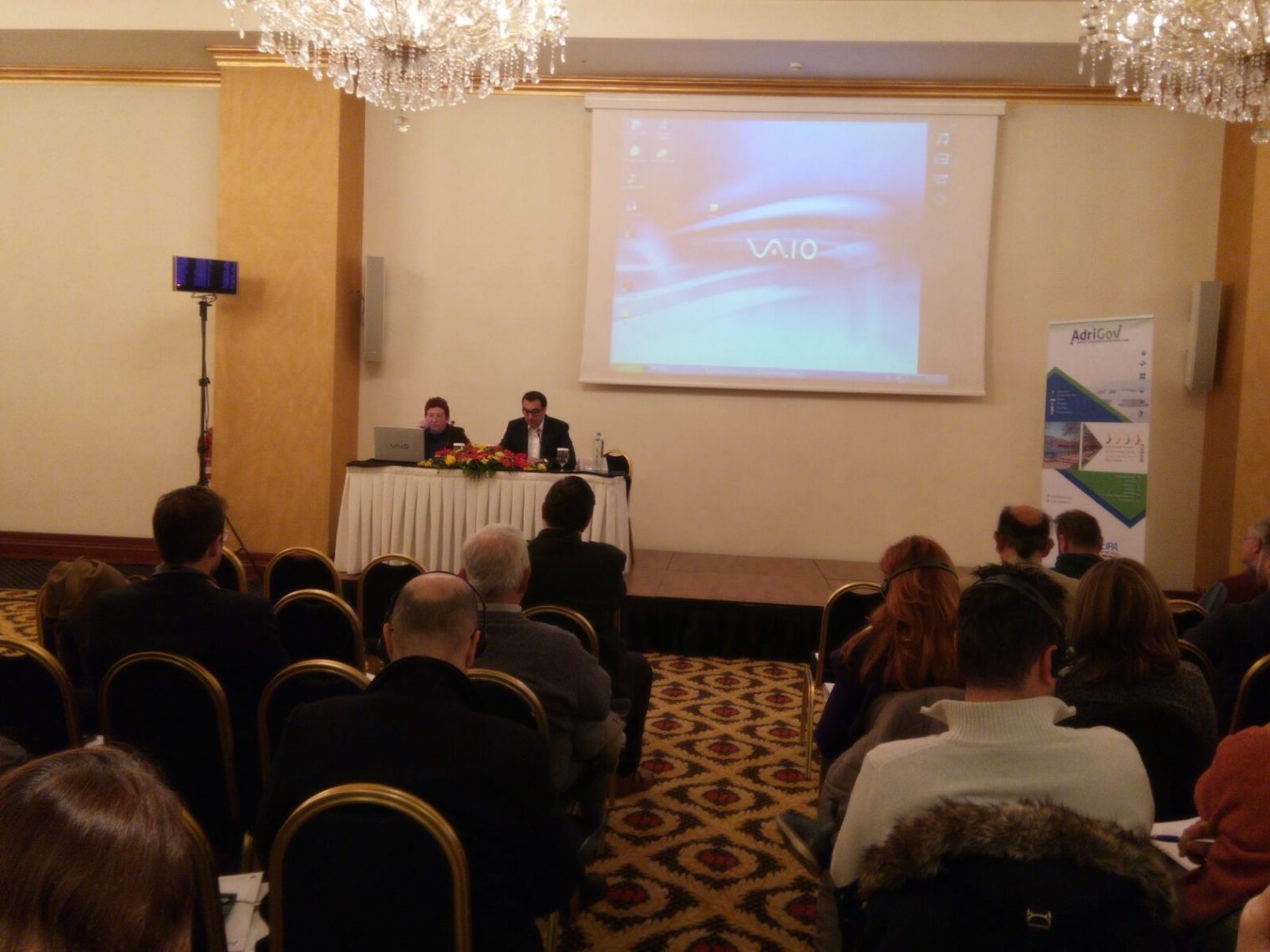 On 15-17 March 2016, Mr. Aldrin Dalipi, President of the Regional Council of Tirana attended the conference “Joint planning for the sustainable fisheries and aquaculture development at macro regional level: new challenges and perspectives.

In his speech addressing the conference, Mr. Dalipi emphasized the importance of coordinated actions of all the countries of the Adriatic and Ionian Euroregion to achieve the objectives of EUSAIR and join efforts for   the preservation and aquatic and terrestrial assets of the region.

The conference was organized on the frame of the project AdriGov, a strategic project under the program “IPA Adriatic 2007-2013”, funded by the European Union and the funds of the participating countries, in order to strengthen sustainable growth and development in the Adriatic and Ionian region.

During the days of the conference, Mr. Aldrin Dalipi held a meeting with Governor of the Region of Epirus Mr. Alexandros Kachrimanis.