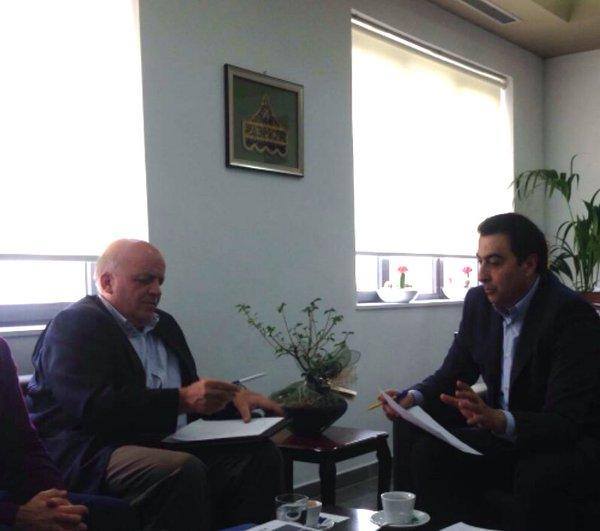 During the conversation, Mr. Dalip thanked Mr. Clavelle for the support given to local government reform , and discussed the active involvement of local government in further decentralization processes .

This process needs to be accompanied by increased local capacity and update , for the recognition and application of new organic law for local gonverment and decentralization issues , pending the finalization of this process .

Likewise, Mr. Dalipi also chairman of the Municipal Council of Tirana , thanked Clavelle fo pilot project with the Municipality of Tirana , which will enable the modernization of UKT and the drinking water supply 24 hours of residents of Tirana .

Finally Mr. Dalip giving Mr. Clavelle symbol of Tirana Region , as a sign of gratitude for his contribution and USAID in Albania .