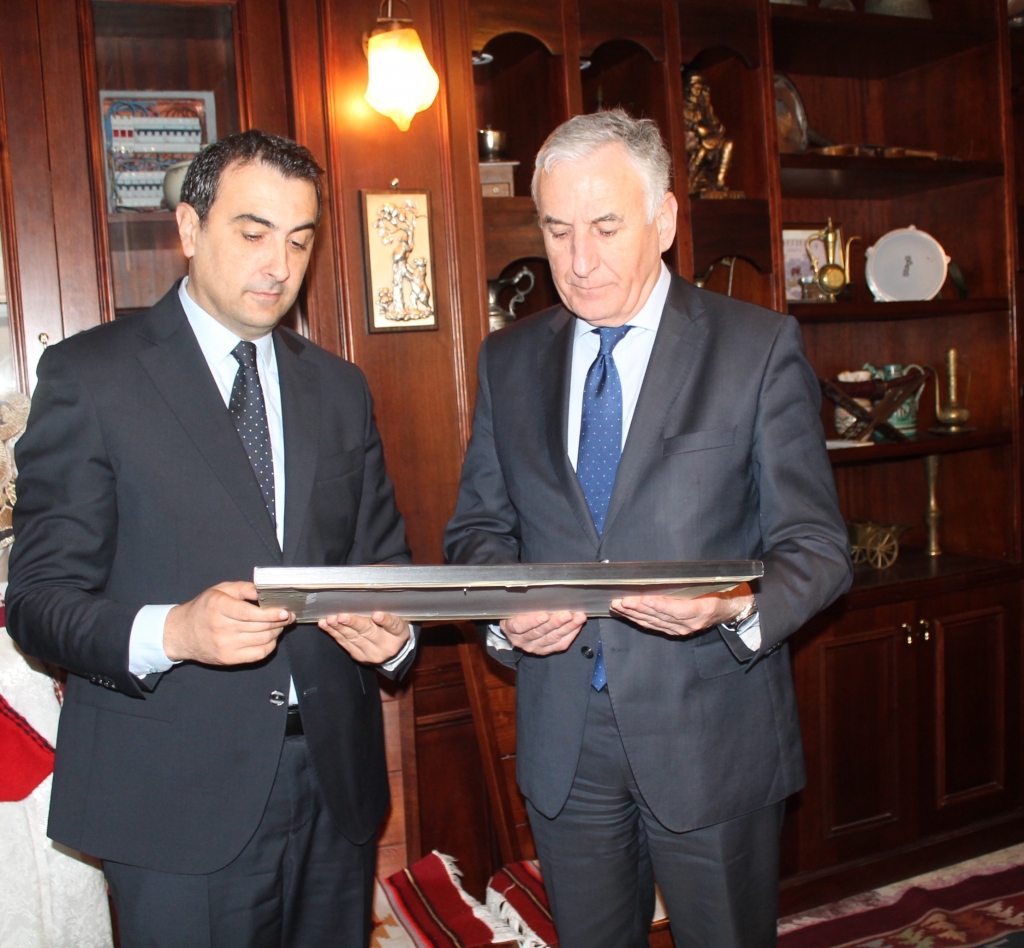 Chairman of the Regional Council and Municipal Council of Tirana , Mr. Aldrin Dalipi held a meeting with the President of the region of Dubrovnik , Croatia , Mr. Nikola Dobroslavic .

Welcoming Mr. Dalipi expressed his willingness to both regions to launch a cooperative spirit by building a concrete agenda for how it will be operated in joint projects .

Speaking on behalf of the association of regions of Albania, Mr. Dalipi said that  ” regions can work very well together in projects crossboard . But we are ready to cooperate in the field of cultural and natural heritage , environmental protection , improvement of cross-border connections , etc. ”

Mr. Dobroslavic expressed satisfaction that he visited for the first tima Albania by emphasizing that the two countries have much in common .

” The past is a very good basis to talk about the present and the future together. Albania and Croatia have similarities due to the common nature , and should have a major goal to keep clean as the sea” , said Mr. Dobroslavic .

Mr. Nikola Dobroslavic and also holds the post of President of the General Assembly of Euroregions , while Mr. Dalipi is its vice president , together with the President of the region of Abruzzo , Mr. Luciano D’ Alfonso