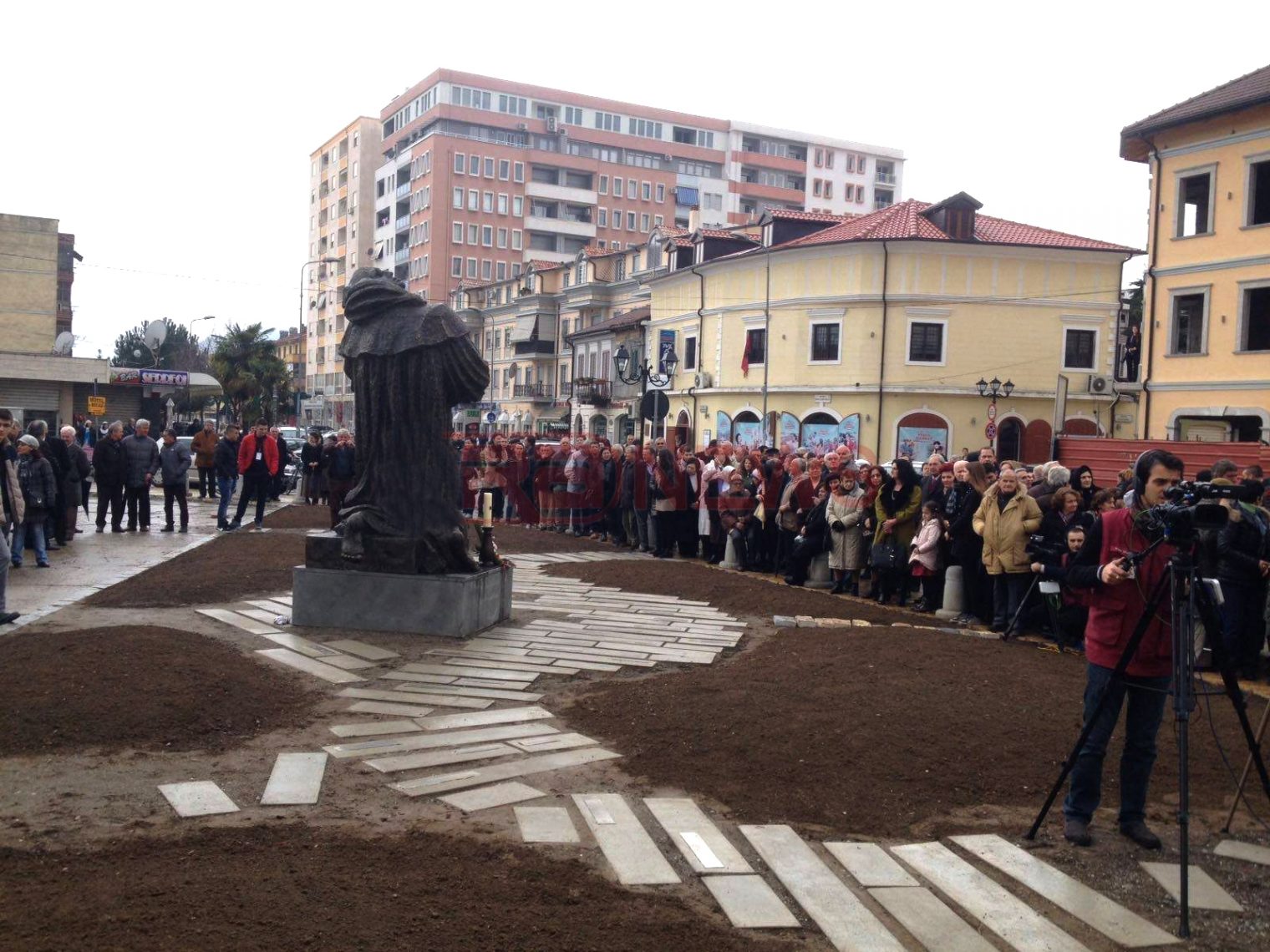 Located on the square ” Gjon Pali II ” in Shkodra ,work of sculptor Agim Rada presents symbolically prayers that these martyrs did in the last moments of their lives. The inauguration brought together Apostolic Nuncio in Albania, Archbishop Ramiro Molinar Ingles , Minister of Culture, representatives of Shkodra Region  and clerics.

The ceremony was followed by the promotion of the book “Nëntori i Bardhë” dedicated to the first Mass that brought religious freedom on 4 November 1990. Then was given  the title “Region Gratitude” to the Archbishopric of Shkodra –Pult .

Monsignor Angelo Massafra, Archbishop of Shkodra said: “Putting the work of the master Agim Rada  reminds  us martyrdom in the “dark years” and is a warning to younger generations and to all of us, for a better Albania”.

The Minister of Culture , Mirela Kumbaro said that Shkodra was the city that gave the great trials , facing fierce dictatorship that got everything .