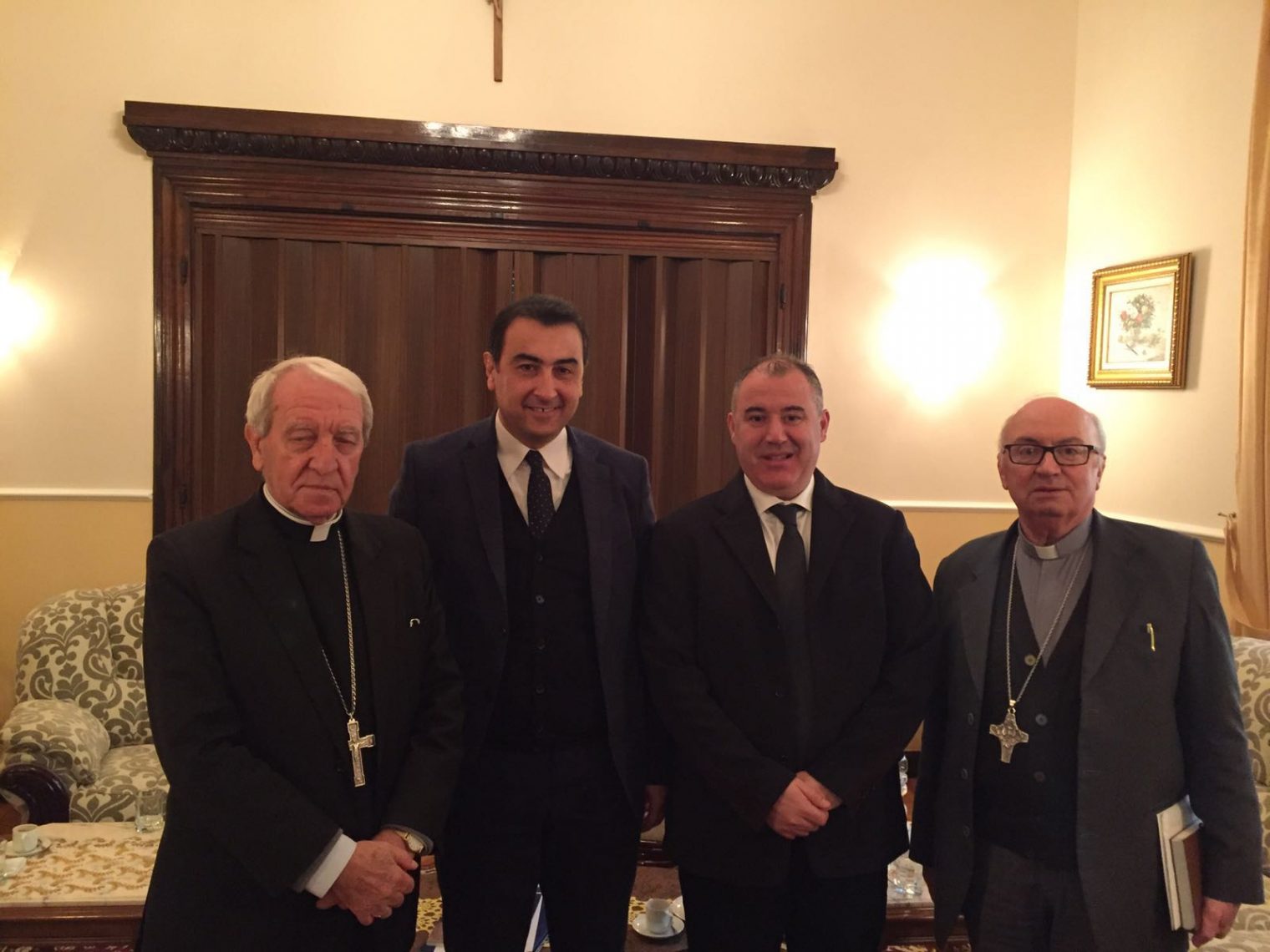 President of the Regional Council of Tirana Mr. Aldrin Dalipi held a meeting with the head of the Vatican diplomatic corps in Albania , the Apostolic Nuncio to Albania ,Archbishop Ramiro Moliner Inglés .

During the  meeting  at the embassy of the Holy See was discussed on the occasion of commemorating the visit of Pope Francis in Albania and activities that the Municipal  Council will organize ,  such as  the placement in our  capital  of a monument in honor of Holy Father  .

During the conversation Mr. Dalipi thanked  Archbishop Ramiro Moliner Inglés  and stressed the contribution of our society for coexistence and religious harmony , emphasized so much in the Tirana region .

At the meeting Mr. Dalipi was  accompanied by Vice  Mayor of Tirana , Mr . Andi  Seferi.