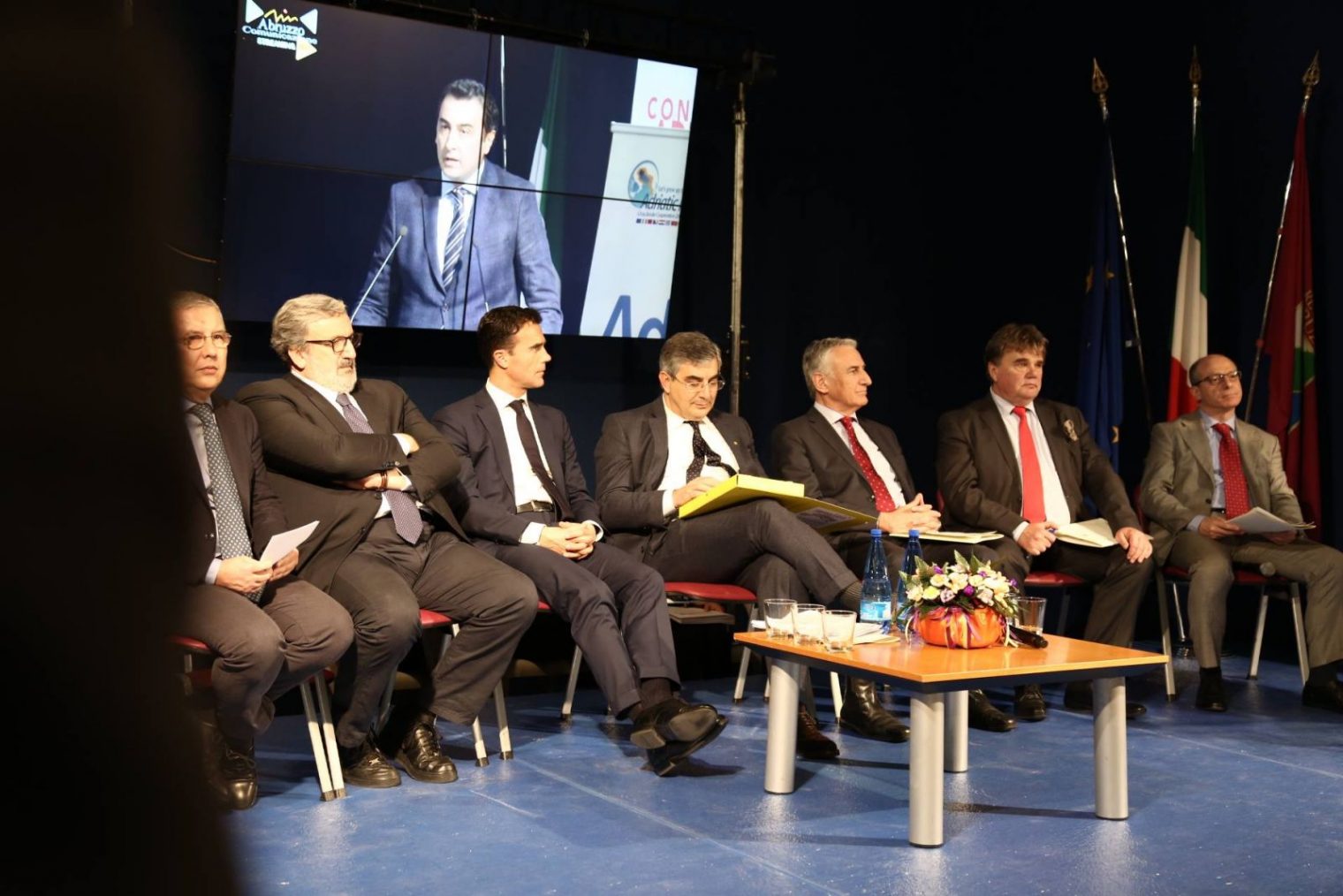 In the framework of Adrigov Project, was organized in Pescara on 15th January 2016,a meeting by Abruzzo Region. The meeting was attended among others by Mr . Aldrin Dalipi , President of the Regional Council of Tirana.

During the meeting there was the signature of an Agreement for the connectivity of the Adriatic that will commit regions and other involved bodies to jointly plan European added value actions in the Adriatic-Ionian area.

During his speech as the Vice – President of General Assembly of Adriatic Ionian Euroregion , Mr .Dalipi stressed that assesses the common will to move from a political project to implementation . “Construction of the Adriatic-Ionian corridor has a special importance for Albania. As a country belonging to the Mediterranean geographical and cultural space, sees priority European construction of this corridor .

Mr. Dalipi together with the President of the General Assembly of Euroregions, Mr. Nikola Dobroslavic when determining the agenda stated that very soon, will be organized  a very important meeting in Albania in order of fulfillment the cooperation toward  development of the  regions.

Concluding his  speech Mr. Dalipi stressed that “the opening of  an  office in Tirana, with the task coordination and cooperation with  Adriatic Ionian  Euroregion shows our readiness and active role as worthy partners in this network .”