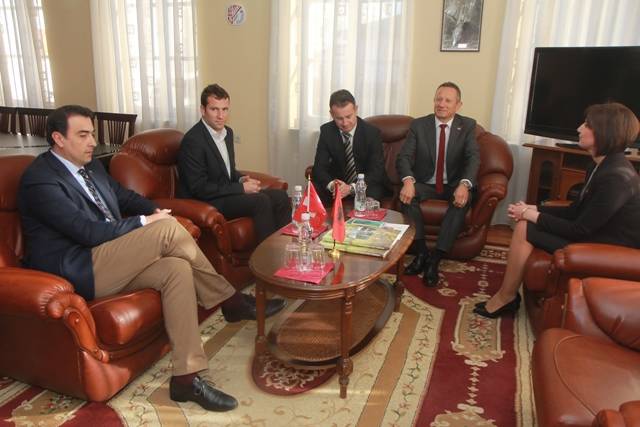 President of the Association of Regional Councils of Albania Mr. Aldrin Dalipi and Vice President Mrs.Greta Bardeli held a meeting in Shkodra with Ambassador of the Swiss Confederation in Tirana, Mr. Christoph Graf.

During the meeting they discussed about the relations, cooperation and funded projects of the Swiss Confederation in the region of Shkodra, through Decentralization and Local Development Programe DLDP, which have played a major role in increasing the capacity of local government units in the region.

Mr. Aldrin Dalipi who attended the meeting as the President of the Association of Regional Councils of Albania, stressed the need of harmonizing  all unities  to a common integrated vision with those of our regional and transnational partners ,to increase the role of local government in the context of the new territorial reform .

Meanwhile Mrs. Bardeli, President of the Regional Council of Shkodra stressed that the mission of the region is to turn into a concrete body to the country’s integration through cooperation and transition from politics to concrete projects.