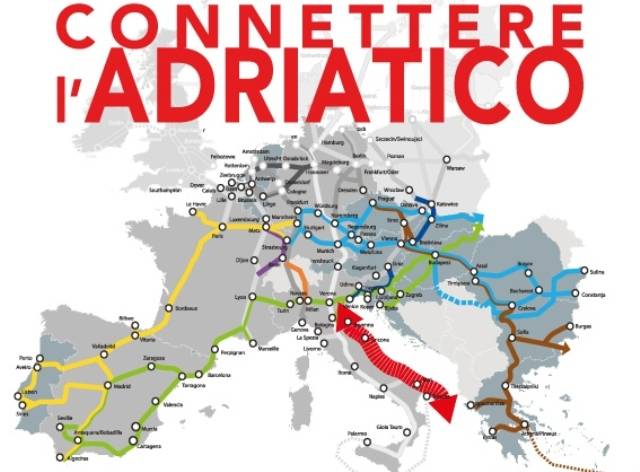 Completion of Baltic-Adriatic Corridor, including the expansion of the entire Adriatic-Ionian coast, the expansion of the Scandinavia Mediterranean corridor from north to south, as well as a better link between the Iberian Peninsula, Italy and Western Balkans, are the central themes of the meeting that will be held in Pescara on 15 January 2016.

In the presence of the highest national and European authorities, biggest personalities of the Adriatic Ionian Euroregion, members of European Parliament , and activists in the transport and infrastructure sectors, will sign an agreement that will enable regions and relevant institutions  to join the European plan.

As indicated in the EU Regulation for the development of Trans -European Transport Network, the Commission considers national implementation plans and future enlargements. This day will mark the passage from the political idea to the project implementation.

After the event there will be a meeting of the Presidency of the Adriatic-Ionian Euroregion to plan further activities of the association.