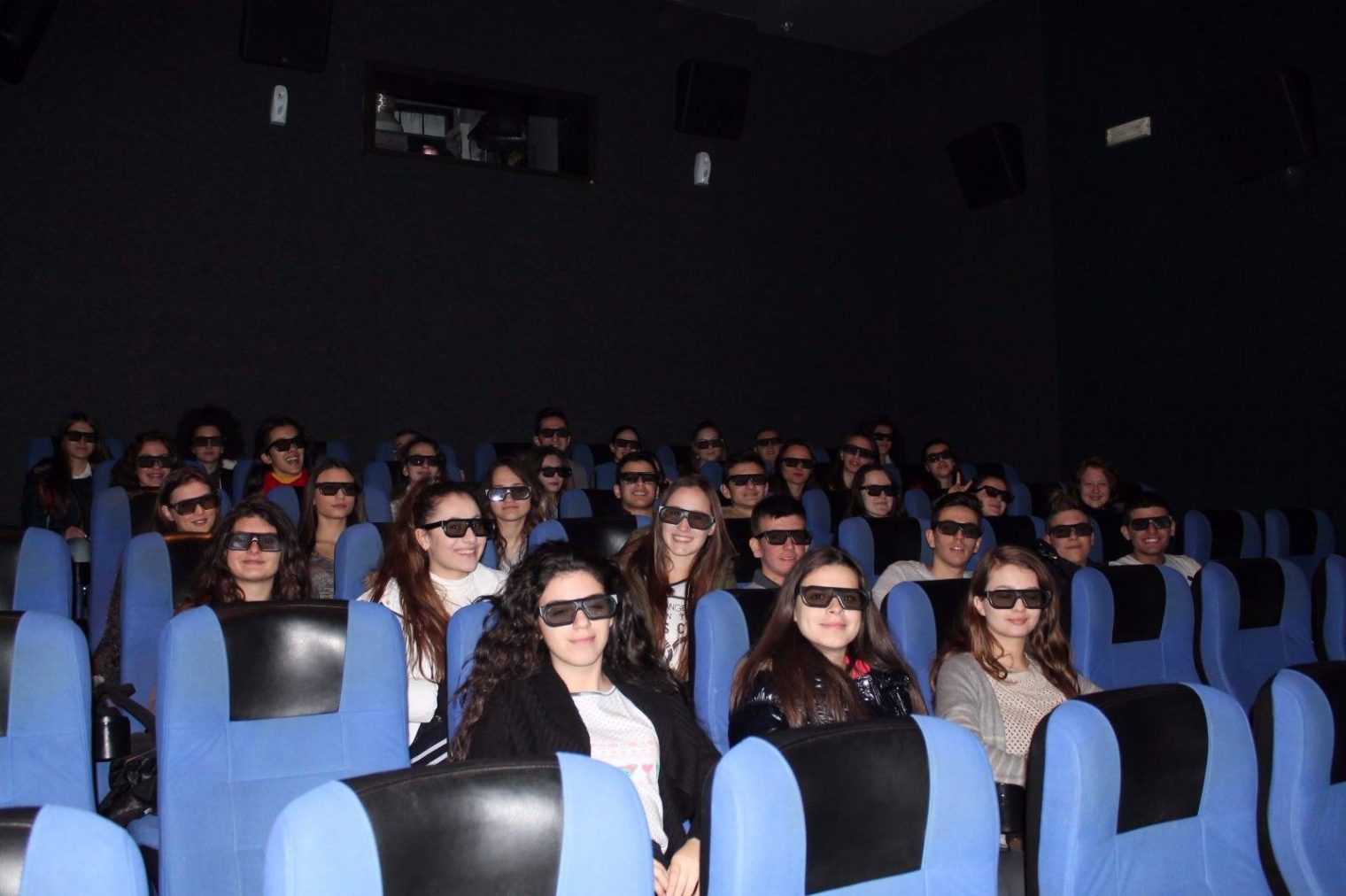 Bringing youth to the cinema is already a reality. Regional Council of Tirana’s initiative to bring high school students every Monday on the cinema is realized this week.

“Monday in cinema” selected for this week students of high school “Sami Frashëri” in the capital, to see the movie “The Hunger Games” in 3D version , a film which is suitable not only for the delivering message  , but also its appropriate for the age of the students.

Considered as a good opportunity for young people in order of being  more socialized, away from the bad habits, Regional Council of Tirana in cooperation with the network of Imperial cinemas , concluded an arrangement in reserving all Mondays for the high school students, to see movies .

President of the Regional Council of Tirana, Mr. Aldrin Dalipi was at the cinema together with high school students  and  said that “this is a good opportunity for young people to choose the cinema, being socialized with each other and being away from the  routine of everyday life. “

Although December was chosen to bring young people to cinema, this initiative will be present even the next year.

Cinemas of the capital have taken the commitment that every Monday to have a cheaper price for tickets for high schools students in order of having the opportunity to see the latest movies and to be closer to the film.