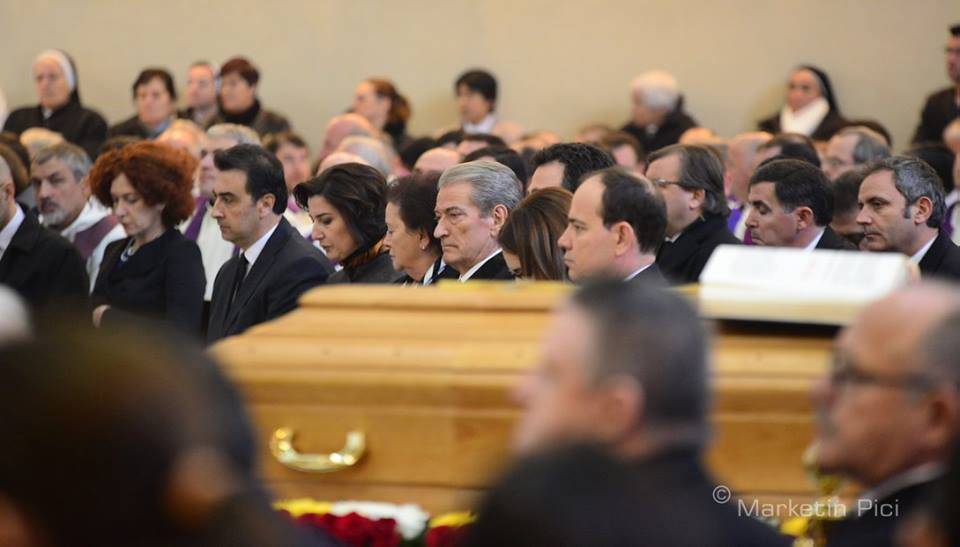 President of the Regional Council of Tirana Mr. Aldrin Dalipi paid homage to the Catholic Cathedral of St. Paul in honor of Rrok Mirdita, Archbishop of the Archdiocese of Tirana and Durres, who lost his life two days ago.

Mr. Dalipi praised the figure of Rrok Mirdita saying that he was a man of great spirit.

“The great soul that characterized him not only served the Catholics, but also one of the universal principles that Albania and Albanians represent today: respect and harmony between different faiths”.

Rrok Mirdita was accompanied to his final resting place after the funeral Mass which was led by His Excellency, Archbishop Ramiro Molinar Ingles, Apostolic Nuncio in Albania. Present were the President of the Republic, Mr. Bujar Nishani , Deputy Prime Minister of Albania, Mr. Niko Peleshi, President of the Regional Council of Shkodra, Mrs. Greta Bardeli, etc.