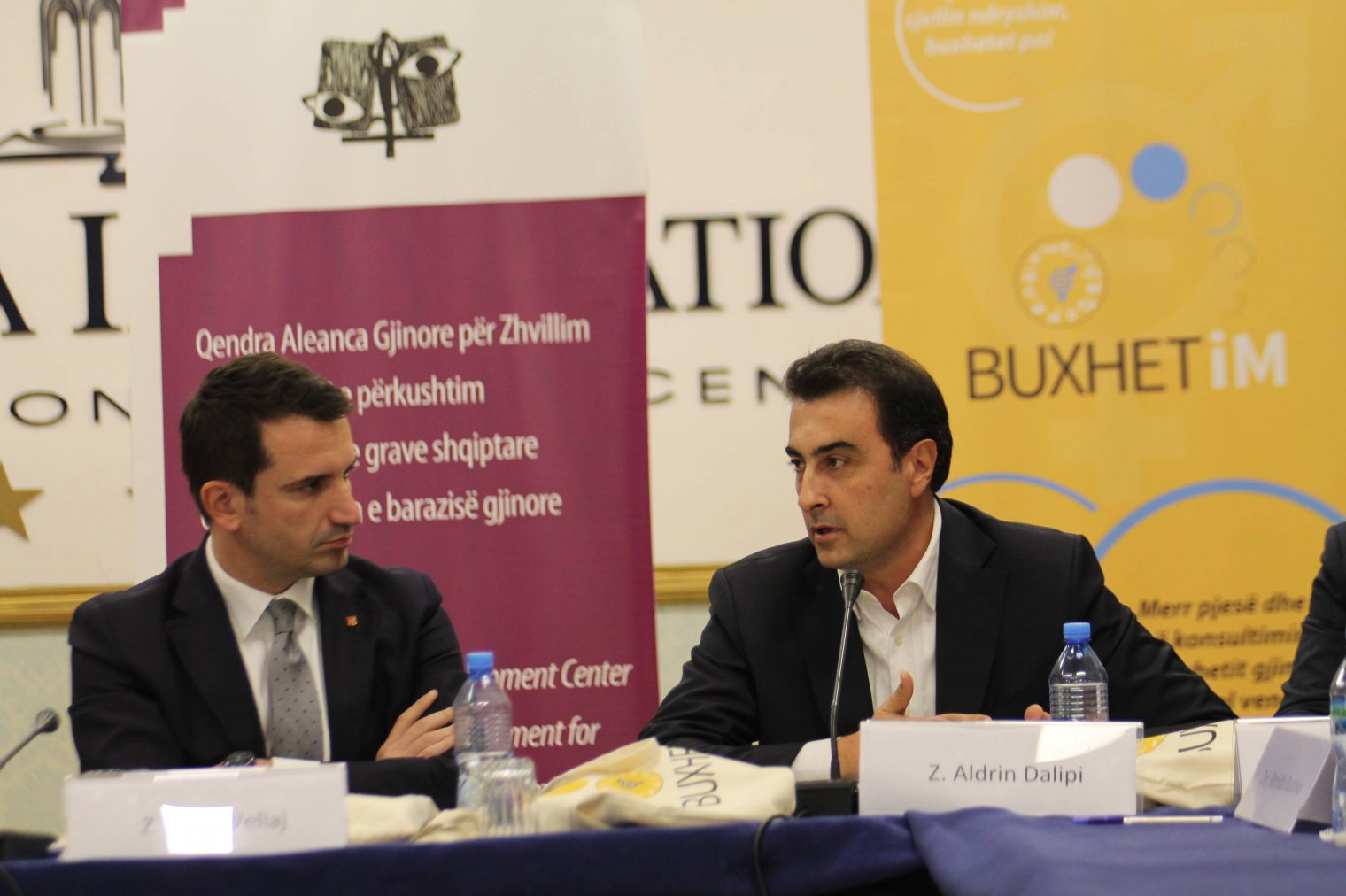 Civil society and women’s organizations held a discussion on Gender Responsive Budgeting yesterday with members of the City Council of the capital. In the premises of ” Tirana International Hotel ” , were present , the mayor of Tirana , Mr . Veliaj , chairman of the City Council, Mr . Aldrin Dalipi , Deputy Mayor of Tirana , Ms . Brunilda Pascali , representative of UN Women in Albania , Mr . David Saunders , etc .

Mr. Aldrin Dalipi stressed the importance of having a quota of 50 % participation of women in local government , and praised the role of women councilors is encouraging a new process in communication and discussion of decisions in the Council. And in the case of gender budgeting application of this process opens a gender perspective at all levels of the budgetary process and restructuring revenues and expenditures in order to promote gender equality

Remarks on the table by the mayor of Tirana Region Council, Mr . Aldrin Dalipi :

I appreciate your invitation , and recording of the discussion of gender budgeting as an element of budget reform local government level . You know that during the month of November Municipality budget meetings for participatory project . We have followed the mayor , Erion , Vices/mayor Brunen , Arbin , Andi , Isufi in many of the discussions. A new experience for me as President of the Municipal Council to take active part in the presentation and discussion with the participation of the community budget thanks to an open and transparent process. Many citizens made their proposals . As well as in the City Council during the review process will continue until the meeting to be held in the last days of the month.

The special is that during the discussion with citizens resulted that budget is increased responsibility and directs the Municipality and citizens towards a realistic budget as much as possible avoiding fictional budgeting .

One very important step that significantly reforming our approach to the process of reviewing the draft budget is gender budgeting as a mechanism of the fort where the objectives are implemented in a concrete way .

Creation of the Alliance of Women and Girls counselor is a step forward. Thanks to Klotilda who leads the Alliance with advisors of all political forces in the Council, the majority and the opposition, together, are making efforts to enhance the quality of representation in municipal councils but also in the processes of consultation between the Municipality and the Council for right decision-making.

Growth of 50 percent representation was and remains one of the most fundamental moments in local government. The role of women and girls Advisor is a new process which encourages communication and discussion of decisions in the Council. And in the case of gender budgeting application of this process opens a gender perspective at all levels of the budgetary process and restructuring revenues and expenditures in order to promote gender equality.

The voice of women in municipal councils is very important to give life to the proposals. They are reliable voice right and when they become stronger voice together to achieve the right goals for society.

I encourage and thank you for everything you are doing.