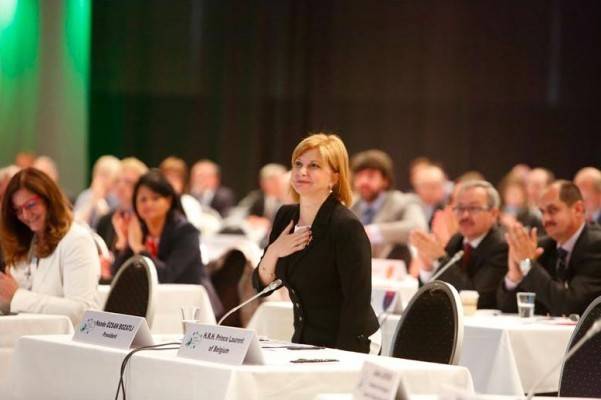 President of the Regional Council of Tirana, Mr. Aldrin Dalipi is participating in the Assembly of European Regions (AER) being held in Brussels.

On the first day of work, the Assembly elected Ms. Hande OZSAN Bozatli as President of the European Regions.

In her first speech, Mrs. Bozatli emphasized that she was proud to say that this belief is a commitment that would make deep reflect, not only to her, but even to the organization and the role of regions in the world in which we live.

“We will continue to represent the voice of the regions at European level and promote regional cooperation. We will focus on local and regional political concerns of pan-European nature and encourage leadership excellence at all levels of government, “said Ms. Hande OZSAN Bozatli.

Mrs. Hande OZSAN Bozatli also was focused on the issue of migrants in the EU.

“AER and its member regions have an important role in finding solutions based on the principles of solidarity, partnership and shared responsibilities. We know what it means diversity of cultures, political traditions and thinking together “, said Ms. Bozatli.

The new President of European Regions expressed her conviction that is actually possible for people of different cultures and religions to live together in peace.