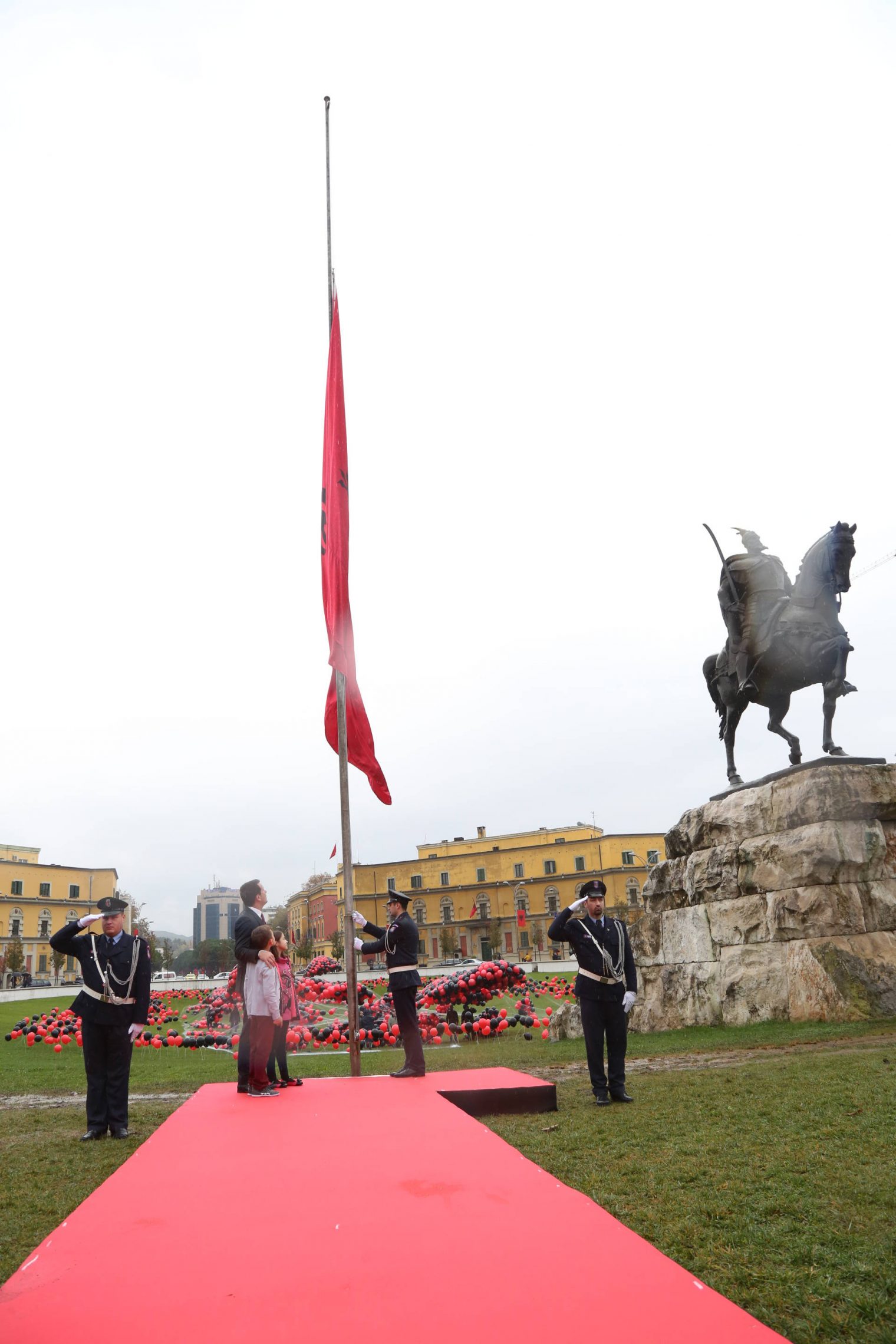 Tirana today celebrated 103rd anniversary of Independence of Albania. The Municipality of Tirana organized a ceremony of raising the national flag of Albania in the “Skanderbeg Square”, during which were released thousands red and black balloons.

Mayor of Tirana, Mr. Erion Veliaj congratulated all Albanians and said that this day spreads the message of unity.

The ceremony of the “Skanderbeg Square” was attended by President of the Regional Council of Tirana also Chairman of  Municipal Council, Mr. Aldrin Dalipi which through social networking congratulated Albanians for this special day.

Joined the activity even the excellent students in Tirana. Also, many citizens attended the ceremony in the central square of the capital.