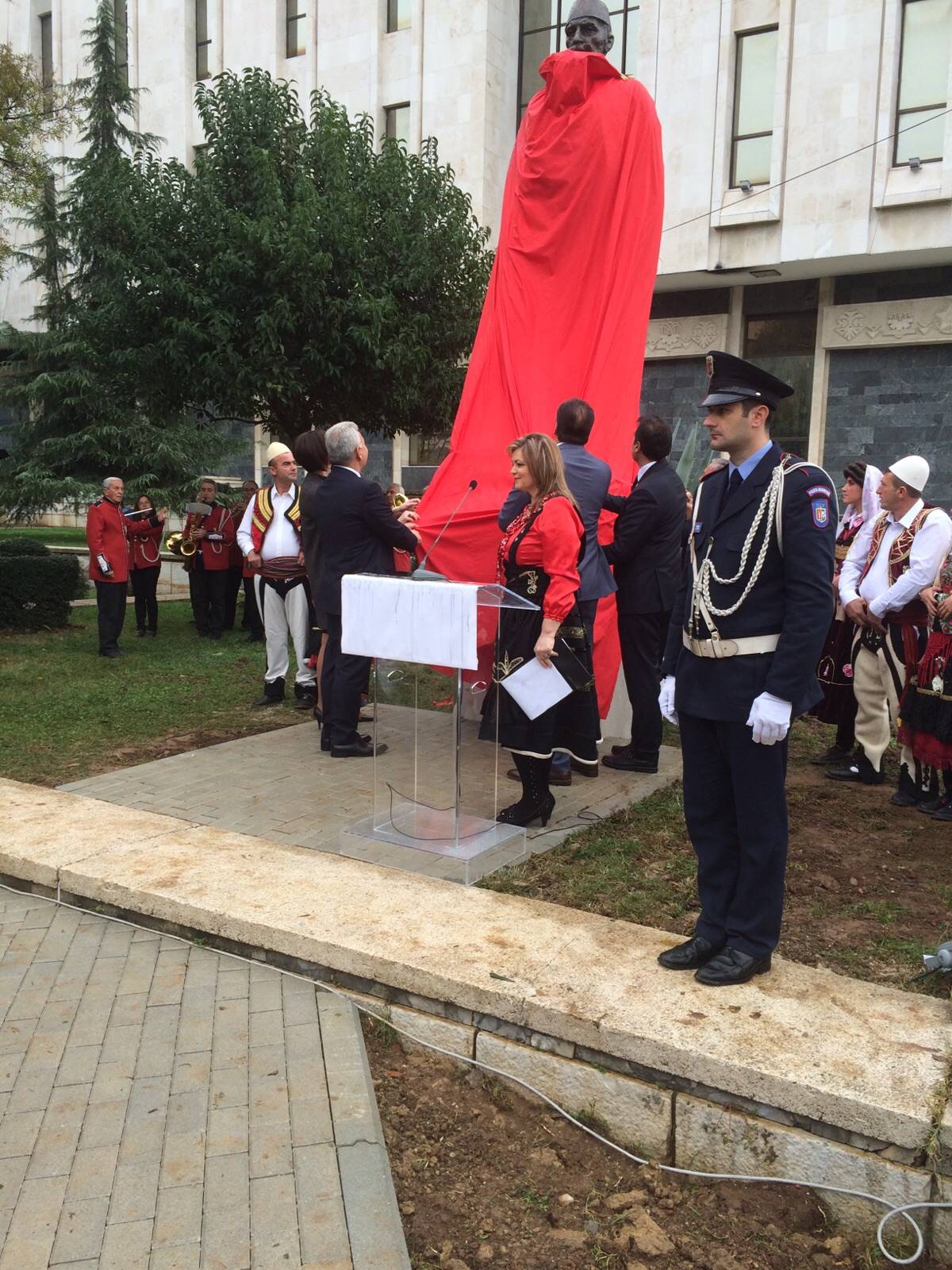 On November 27th, 2015 was inaugurated the statue of National Hero, Dede Gjon  Luli next to the National History Museum . Placing the statue comes within the celebrations of 28th and 29th  November. The ceremony prepared under the auspices of the Municipality of Tirana attended by numerous personalities who praised the figure of Dede Gjon Luli .

President of the Regional Council of Tirana, Mr . Aldrin Dalipi praised the figure of the heroof Albania. “Dede Gjon  Luli memorial is just a symbol of the effort to complete and unrelenting that the heroes of Albania from north to south have done to preserve and protect the Albanian territories . I am glad that the decision of the Municipal Council of Tirana for placing the monument was approved by all together – said Mr Dalipi

Further, Mr. Dalipi emphasized that Tirana does not forget the heroes. “Today’s initiative is part of the initiatives of the Mayor of Tirana, with the motto “Tirana does not forget the heroes ” . This is the strongest message of the day. Heroes are a symbol of unity and the desire to preserve the best values ​​of our nation, “- said the head of the Regional Council and the Municipal Council, Mr .Dalipi.

On September 24, 2015 were 100th anniversary of the murder of Dede Gjon Luli , who was the leader of the uprising highlander against the Ottoman Empire , the uprising which resulted in the raising of the national flag for the first time in Albanian lands , from the time of Gjergj Kastriot Skenderbeg.

Placing the hero statue was made possible thanks to donations of associations of patriots in the US. Also, today the head of the Tirana Regional Council laid a wreath at the monument of Adem Jashari.