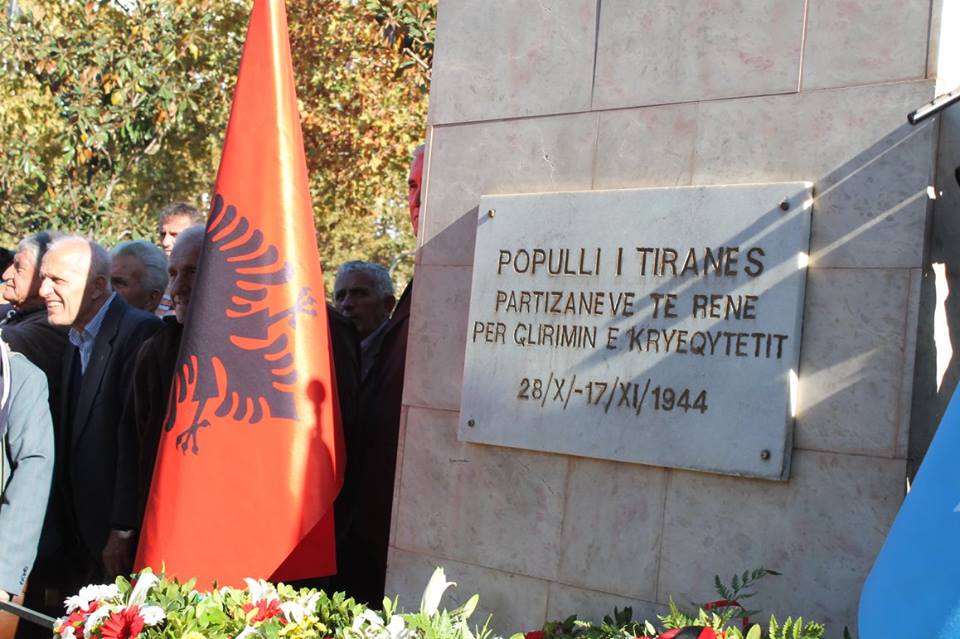 The Municipality of Tirana organized a memorial ceremony for 71 anniversary of the liberation of Tirana.

After hearing the national anthem, the sound of the band, the participants putted wreaths at the monument “Unknown Soldier” in honor of the martyrs who died for the liberation of the capital.

Chairman of the Parliament, Mr. Ilir Meta, said that the current message of the capital’s liberation and the liberation of Albania’s fascist message coincides with a very important contribution that our armed forces make to the fight against terrorism.

President of the Regional Council of Tirana, Mr. Aldrin Dalipi said the country after 71 years is located on the right side of history.

“Like 71 years ago, the  generation chose to be with  the most progressive forces of the time, the terrible Paris events remind us that we must do the same choice,” said Mr. Dalipi in social networks.

Mayor of Tirana, Mr. Erion Veliaj and President  of the Regional Council of Tirana, Mr. Aldrin Dalipi, conducted visits to families of martyrs and heroes  Huta and Estref Caka. Meanwhile, the Municipality of Tirana organized a series of activities in the memory of Liberation Day, including a concert at the “Skanderbeg” square from the city ensemble. Also were shown  movies with themes of war.