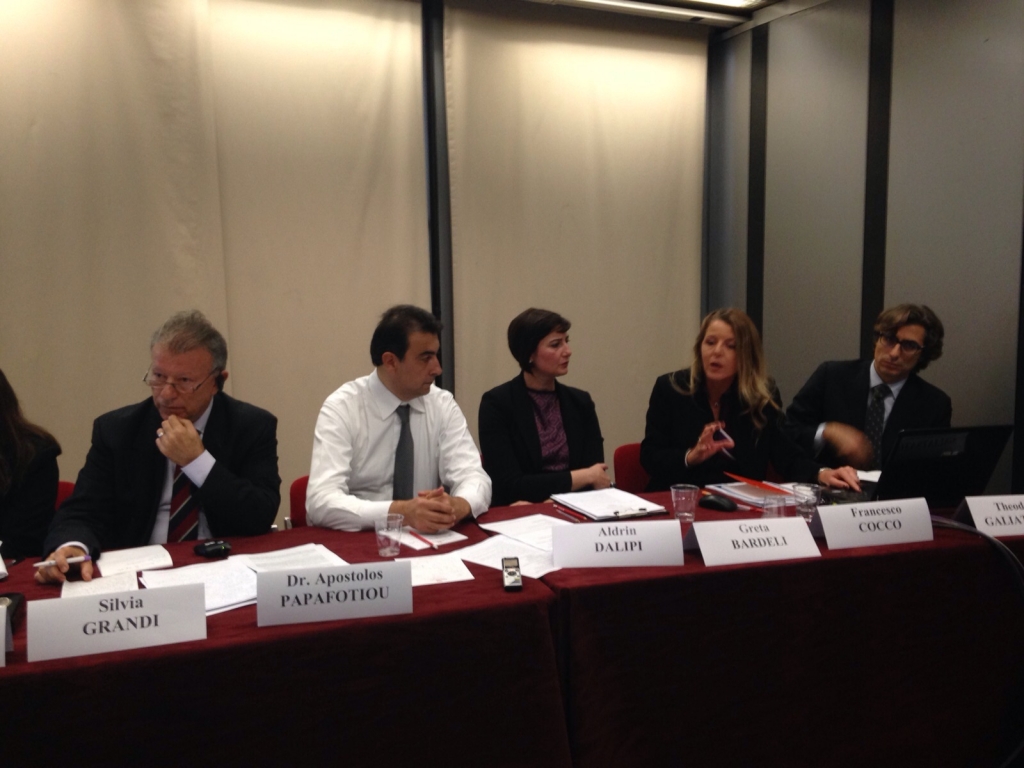 Tirana Regional Council becomes member of Conference of Peripheral Maritime Regions (CPMR) In the region of Tuscany in Italy it is developed conference of Peripheral Maritime Regions (CPMR ) , which was held in Florence on 5-6 November 2015 in the General Assembly , with the invitation of the President of the Tuscany Region also Vice President of CPMR Enrico Rossi in the presence of the President of the CPMR and the Autonomous Government of the Azores ( PT ) , Vasco Cordeiro Regional Council of Tirana joined with full rights at the Conference of Peripheral Maritime Regions ( CPMR ) , and was represented by its president Mr. Aldrin Dalipi , who was elected member of the Political Bureau of the Commission on the Balkans and the Black Sea, at CPMR . Eleni Marianou , CPMR Secretary General , reminded that today the European project has some challenges to be addressed , but the regions are at the heart of European solutions . President of the CPMR and the Autonomous Government of the Azores (PT), Mr.Vasco Cordeirou stated that : “Tackling the crisis of immigration is just one example : The regions have a duty and responsibility to ensure the integration of immigrants and refugees in their respective territories , and although they are required to manage a refugee crisis by using their limited resources. “Christos Stylianides, European Commissioner for humanitarian aid and crisis management, took part in the debate on immigration, claiming that: “Which we are facing is a global crisis that requires global action CPMR delegates voted a declaration called for a ” substantial increase in effort and dedicated resources , socio-economic integration of immigrants and a stronger participation of the regions in the EU consultation. “Investment policies in European level should continue to exist in order to properly address growth and jobs for all European territories. The role of the regions is essential for the future cohesion and maritime policy. Indisputable affiliation between access and economic development for all regions of Europe was also part of the debate “, stated in a joint statement.