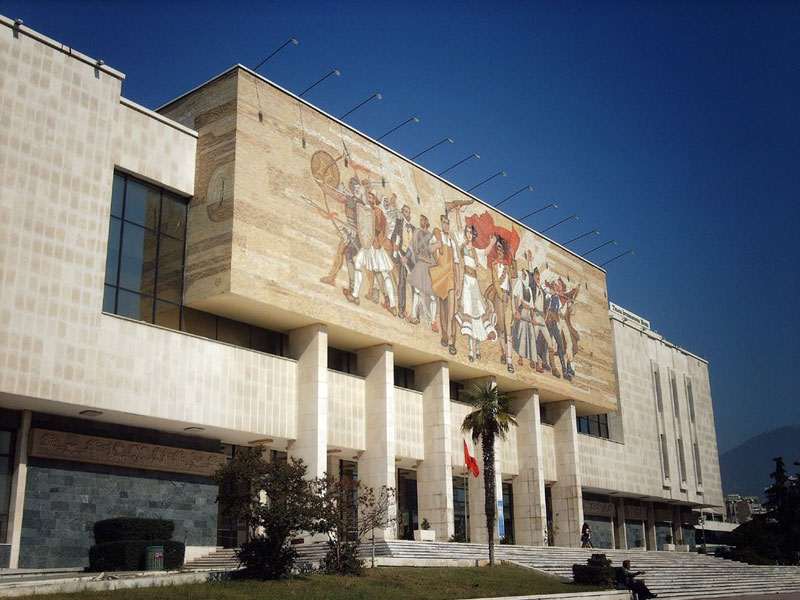 Regarded as the institution with the largest and most important museum in Albania . It was inaugurated in 1981 in Tirana . It shows in a concise and scientific criteria , the history of the Albanian people from the late middle Paleolithic , until today . In this museum clearly distinguish two periods division : antiquity of the Albanian nation and the resistance for freedom up to the Declaration of Independence in 1912 and from this year until 1980. Evolving respective pavilions history starts with the ancient period and following the Illyrian civilization and Arbër culture . Further an important place occupied by the period of the wars of Skanderbeg, uprisings for freedom and independence , in particular the League of Prizren , the National Renaissance etc . After 1990 it created a photo exhibition that reflects the class struggle , prosecutions and persecutions during the communist regime etc. In 1999 was inaugurated , the Albanian pavilion ever iconography , which included creations selected by centuries X – XIX . It is one of the main buildings in Tirana that is regularly visited by foreign tourists .