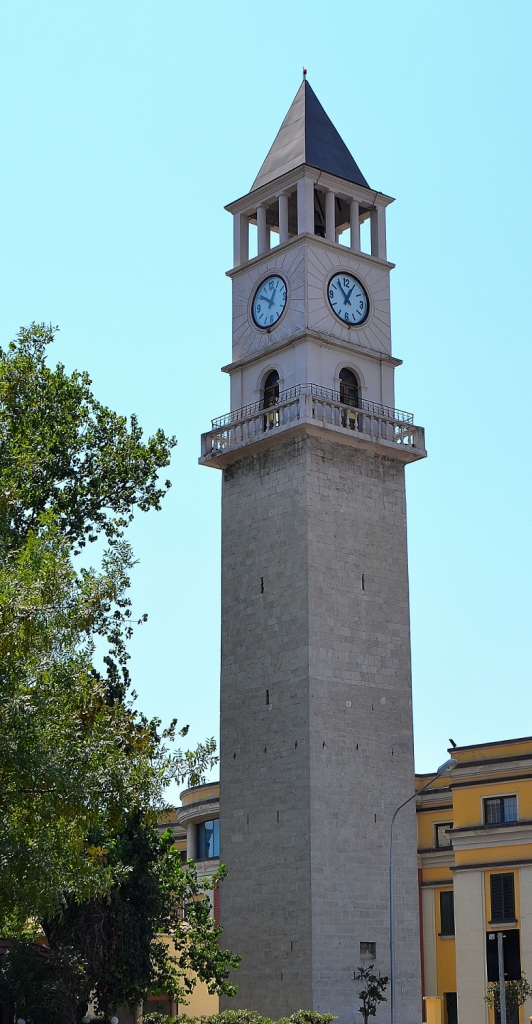 Located near the Ethem Bey Mosque . The works for its construction began in 1821 by Ethem Bey . The clock tower was built with the help of a few wealthy families of the city. During World War II , the clock was damaged , but after the liberation around the years 1945 – 1947 , it was restored . The clock tower has an amazing view and is subject to very visible and characteristic in the heart of Tirana , being often considered as a symbol of her . It declared a cultural monument .