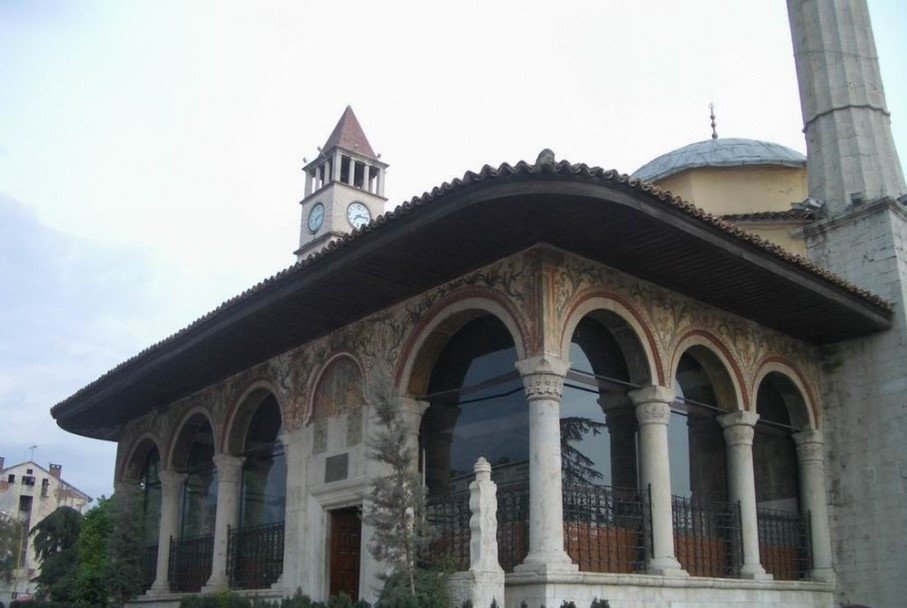 The mosque is located in downtown Tirana. It began to be built in 1789 by Molla Bey , from Petrela and finished in 1821 by his son Haxhi Ethem Bey . The minaret of the mosque is about 35m high. Its model is a perfect work of Albanian tradition in building the Muslim shrines . Assessing history and its values , the mosque was declared a cultural monument by the Albanian state .