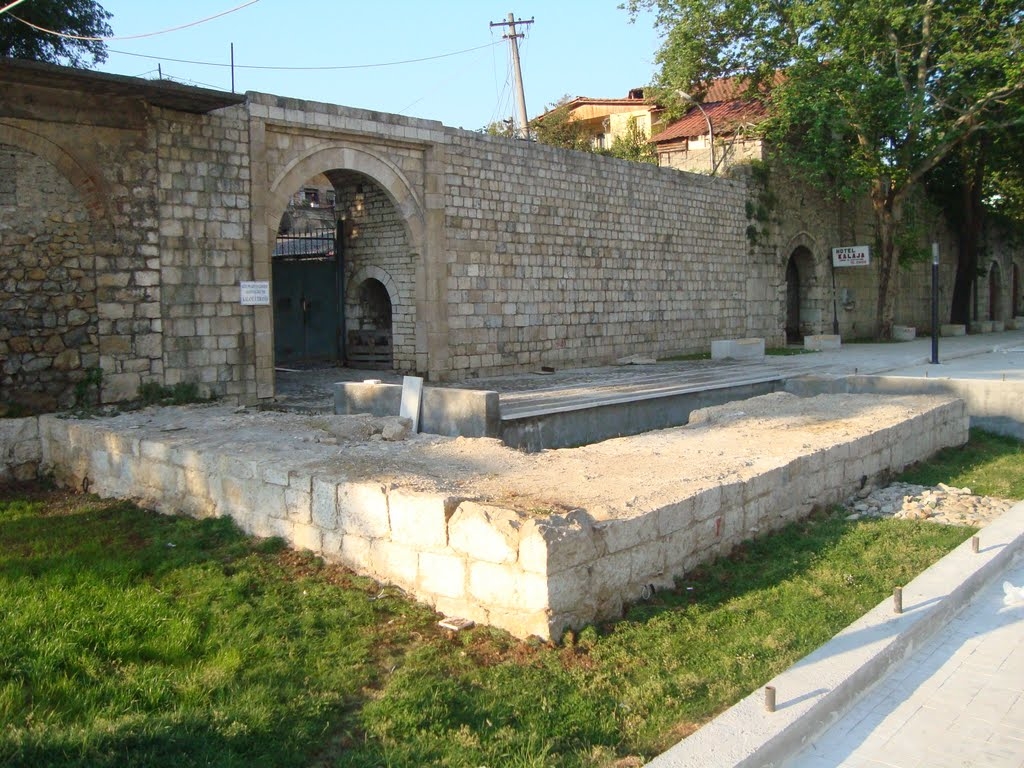 Castle of Tirana was a bus stop of Egnatia line road type Mansio – Mutatio. It was the center of a settlement, with a variety of names since the first centuries CE. The Castle is the most ancient evidence of this city, is located exactly in the place where the old ways intersection with the new linking the capital and the whole north- Albania and south, east and west. Each of the streets of old, before entering Tirana by a castle or fortress. Castle of Tirana was and remained the historic core of the region of Tirana and an administrative residence during middle Ages. As such persisted in century XVII when the city of Tirana expanded around it by having a filtered citizen center (social cultural complex) built by Suleiman Pasha, the crafts and commercial trade from northern Namazgjanë and bridge Tabak from eastward and government buildings within the site of the castle. Castle of Tirana was declared a cultural monument.