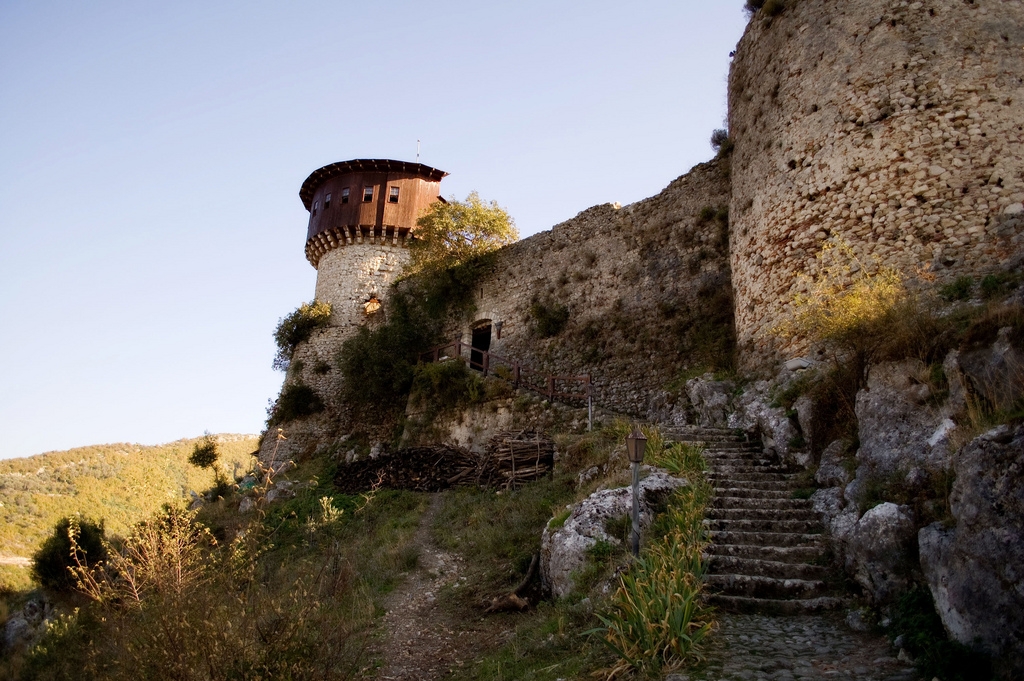 This castle belongs to the period of late antiquity and the Middle Ages, c V – VI . Situated on a rocky hill 400 meters high in the southeast of the capital city , with a dominant position on all the surrounding area . In the sixth century , the castle of Petrelë , re – fortified and become defensive point in the war between the Normans and Byzantines . Fortification of petrels took the form of a real feudal castle in the reign of Prince Karl Topia . During the fifteenth century , the castle was occupied by the Turks and later she was freed by Gjergj Kastriot Skanderbeg . Today the fortress of Petrelë there are several service points , such as: restaurants , bar – coffee , hotal etc. and serves as an attractive tourist spot not only for the capital city , but is also part of tourist itineraries for foreign tourists to visit Tirana . This castle is part of Petrele Administrative unit. It declared a cultural monument .